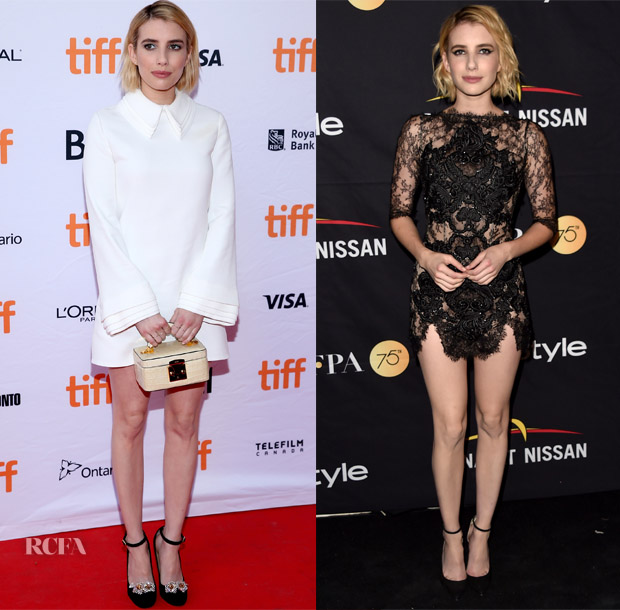 Emma Roberts is another one lighting up the 2017 Toronto Film Festival, where she attended the ‘Who We Are Now’ premiere on Saturday (September 9) and the HFPA & InStyle TIFF Party later that day.

‘Who We Are Now’ Premiere: Proving that white still works in the fall, Emma opted for a Brandon Maxwell Fall 2017 dress. She added interest to the minimalist frock with embellished Chloe Gosselin ‘Helix’ pumps and a mini Stalvey Beauty case. The black ankle-strap shoes coupled with the white dress created a modish vibe, but the case feels slightly disjointed, especially when it covers the frock’s hem.

HFPA & InStyle TIFF Party: Emma continued to let her long pins remain the focus, donning a Thai Nguyen Atelier Resort 2018 dress. Given the amount of fine detail in the frock, she pared back her accessories. Simple black ankle-strap heels completed the ensemble along with tousled hair and a flick of eyeliner. The dress’s fit is fantastic, but I would have preferred a straight hem as the cutouts distract from the mesmerizing work in the bodice. 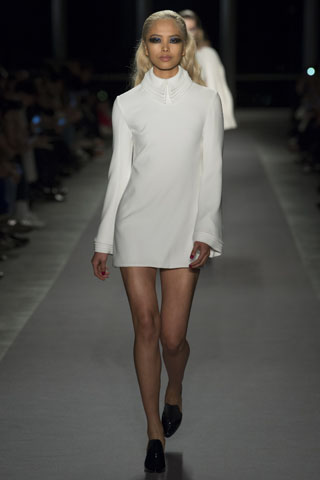 ‘Who We Are Now’ Toronto Film Festival Premiere

‘Who We Are Now’ Toronto Film Festival Premiere