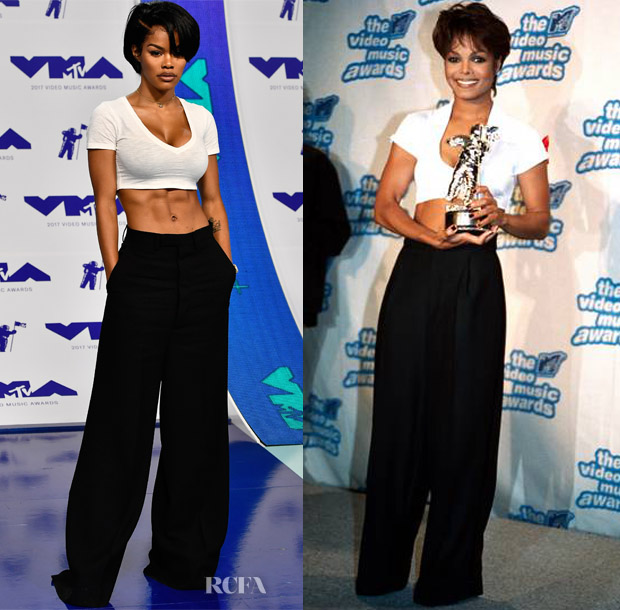 Teyana Taylor, who took home the award for Best Choreography at the 2017 MTV Video Music Awards on Sunday (August 28), kept her look very simple for the event.

You might think that her abs were the talking point, but actually this cropped white V-neck and wide-legged black trousers were quickly identifed as similar, if not identical, to the one Janet Jackson wore in 1995, when she attended the VMAs and took home multiple awards for her ‘Scream,’ collaboration with her brother, Michael Jackson.

Even the super-short bob haircut was taken onboard when replicating this look.

In fact, the only difference is that Teyana t-shirt was emblazoned with “Underrated 7”, while Janet’s said “Pervert 2”.

What do you think of this twinning moment? 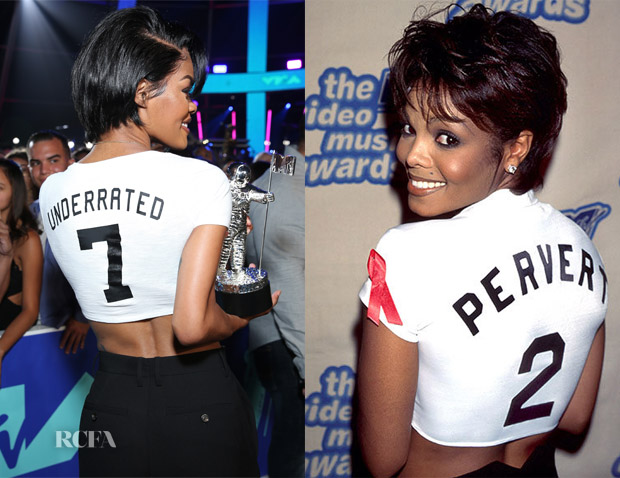