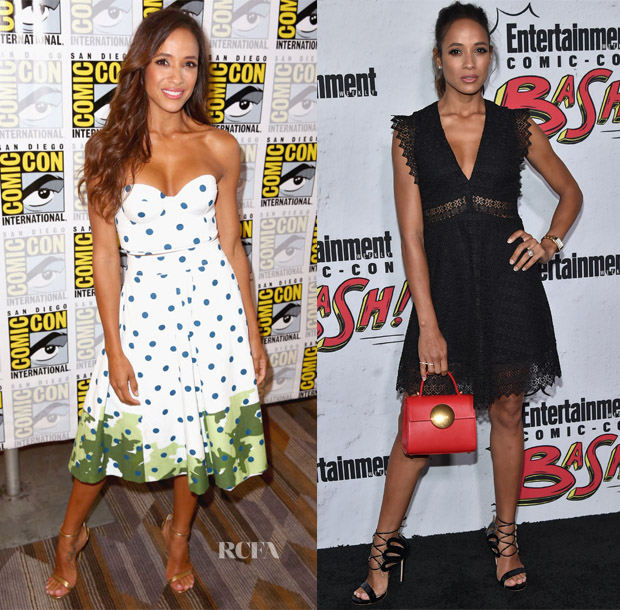 Two days, two dresses for Dania Ramirez at Comic-Con 2017 in San Diego, where she attended the ‘Once Upon A Time’ panel on Saturday (July 22) before heading to the Entertainment Weekly Comic-Con Party to join Tessa Thompson later that day.

‘Once Upon A Time’ Press Line: I adore the whimsical flirtation of this feminine Polite Spring 2017 corset frock enlivened by its polka dots and abstracted camo print. With the big, bold patterning, it had a nearly cartoonish-inspired chicness that was simply made for Comic-Con. Metallic Loriblu sandals added just the right glint to wrap up the look.

Entertainment Weekly Comic-Con Party: While this Sandro lace dress was a perfectly suitable LBD, it wasn’t all that exciting—especially not after her fun first look. So, I’m glad she upped the ante with her red mini handbag, Racine Caree lace-up heels, and a loose ponytail. 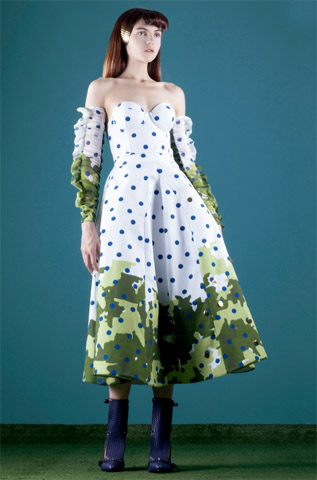