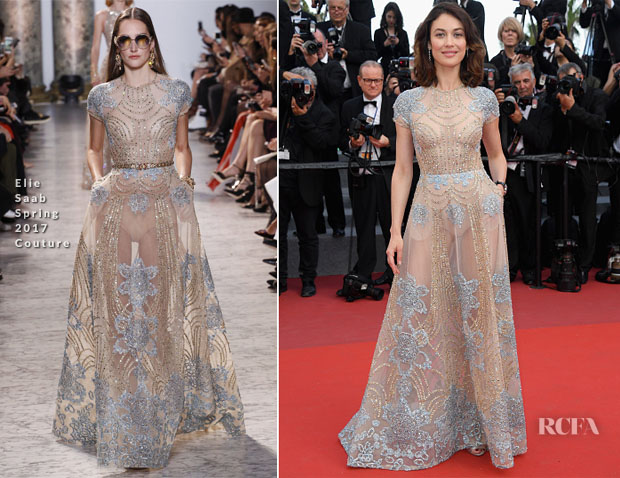 Olga Kurylenko attended the screening of ‘The Meyerowitz Stories’ during the 2017 Cannes Film Festival on Sunday (May 21).

Given the magical artistry of the shimmering beadwork and floral embellishment on this Elie Saab Spring 2017 Couture cap-sleeve gown, my sheer fatigue was momentarily suspended.

Once I saw her nude underwear, and the legs of the people standing behind her through the see-through skirt, the enchantment of the look pretty much dissipated.

Breezy, loose waves and that timepiece on her wrist wouldn’t have been my go-to styling components either, but she clearly wanted to add an uncomplicated touch to the body-baring dress.