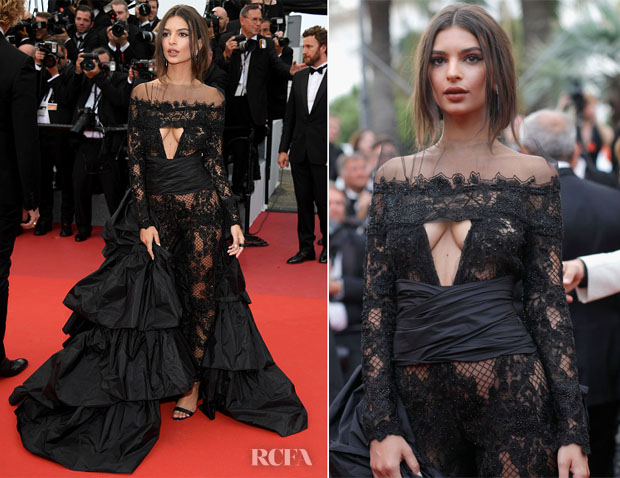 Following Peter Dundas red carpet debut via Beyonce Knowles at the 2017 Grammys, I had high hopes for the designers first collection, until I saw Emily Ratajkowski’s lace jumpsuit at the ‘Loveless (Nelyubov)’ premiere this evening (May 18) during the 2017 Cannes Film Festival.

If a model like Emily can’t make your design look appealing, there’s something wrong.

Yes, this is Cannes where the play is to stand out and be noticed, but the word ‘overworked’ springs to mind with the cut-out, the illusion neckline, the cummerbund, and the tiered train, oh my.

If this was a movie it would go straight to DVD, just as this is going straight to my WDOTY list.