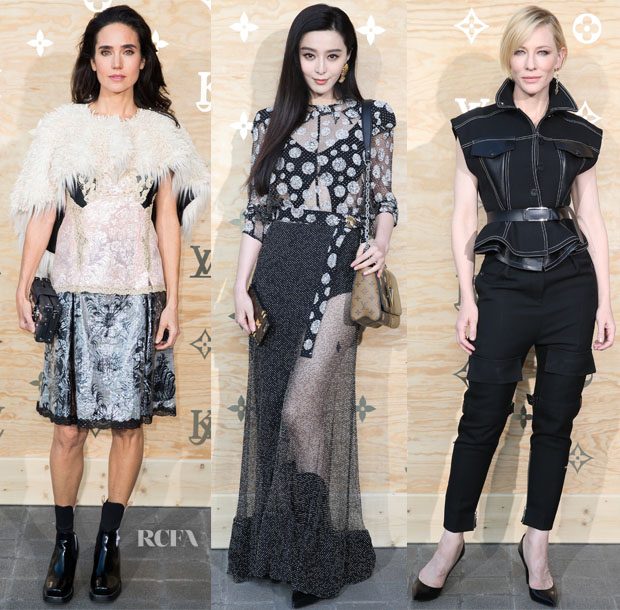 No stranger to collaborations, Louis Vuitton has now partnered with pop artist Jeff Koons on a limited line of accessories launching in April 28. To celebrate this Masters capsule collection, a dinner was held in Paris on Tuesday (April 11), with a host of LV-clad lovelies in attendance.

Jennifer Connelly: With a nod to a softer, romantic mood, Jennifer let her hair down in this decorative brocade and lace frock topped with a feathery stole. The label’s signature patent booties brought back the edge we’d expect in a look from this actress.

Fan Bingbing: Fan wore the signature sheer asymmetry of this gown effortlessly, which we’ve seen in different variation on Sophie Turner and Janice Man. I just think it would have been better served by sleeker styling, as the handbag and earrings competed rather than complemented the dress.

Cate Blanchett: As per, Cate cut a striking figure. But, the tailored regality of the sculptural top disappeared a bit with the drop-crotch pants, which can be something of an acquired taste. 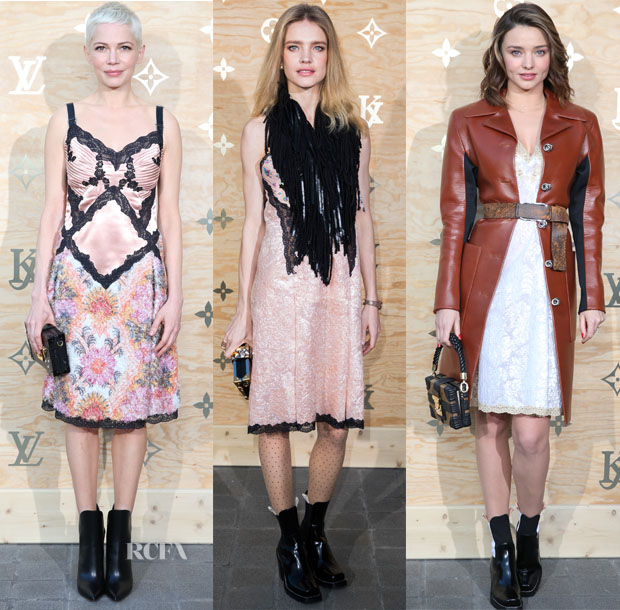 Michelle Williams: With a lingerie-inspired dress, this sweet floral number wasn’t too sweet thanks to the black lace and the boots—although something about the fit of the bodice seemed a bit off.

Natalia Vodianova: Like Michelle, Natalia wore a similar lace-accented pink dress in which she injected something of a punk-pretty spirit with her polka-dot tights, fringed scarf, and radiantly girly makeup. Of course, the patent booties toughened up the look.

Miranda Kerr: I love the way the supermodel balanced the boudoir frill of the white, lace-embossed dress with the structured lines of the coat and the edge of the boots, which made yet another appearance. 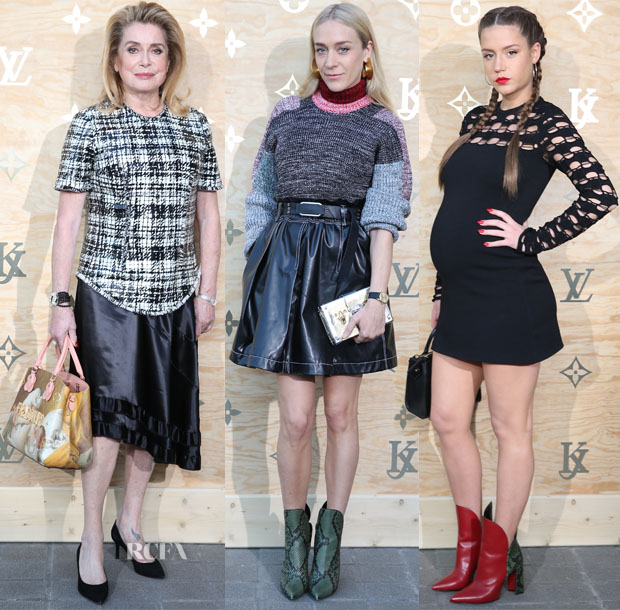 Catherine Deneuve: Accessorising with a painterly Masters ‘Fragonard’ handbag from the collection, the actress kept it classic in black-and-white tweed paired with a black skirt that didn’t translate as I would have wished. The fabric photographed much like a slip.

Chloe Sevigny: Had I been described this look without seeing it, I would never imagined a fondness for it. But, there was something incredibly charming in how Chloe wore the chunky sweater tucked into the leather-look skirt. The eclectic accessories—from the large gold hoops to the green snakeskin booties—only delivered more cool-girl personality.

Adèle Exarchopoulos: Clothing her baby bump in a mini LBD, Adèle rocked a girly spirit with her braids. But, she ensured plenty of glam was still in force via the triple threat of the red lips, nails, and booties. 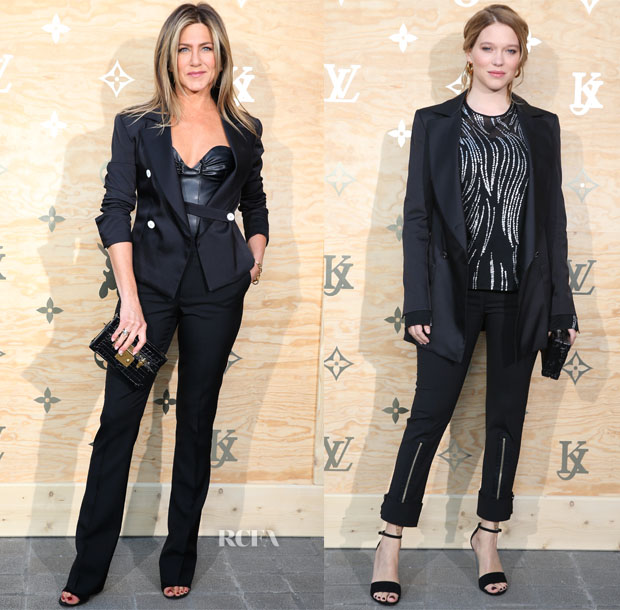 Jennifer Aniston: While she swapped out her love of mini dresses for suiting, her affection for black was still going strong. Sexy allure came by way of the leather corset underneath yet I have a feeling some may still be left wishing for more from the actress.

Léa Seydoux: Also opting for a version of tailored suiting, the French actress sported a more relaxed silhouette in her jacket and the sequin shirt underneath which undoubtedly dressed up the look.

Despite the eclectic nature of their ensembles, both Miranda and Chloe were really selling their looks to me. Who had your favourite?