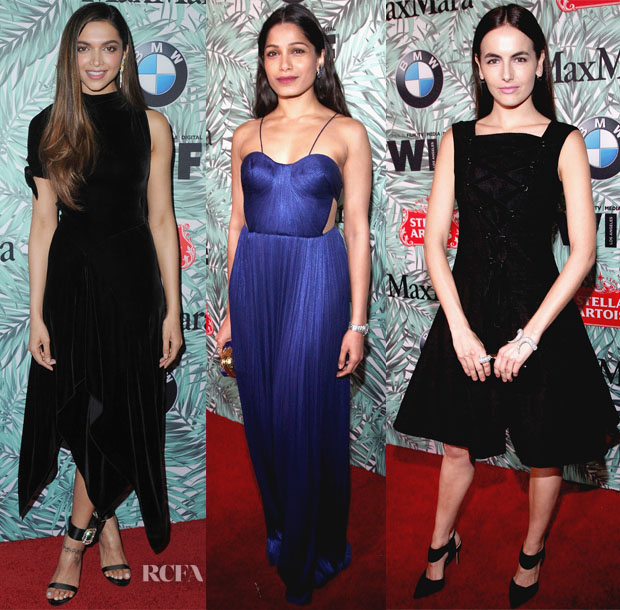 Here is a roundup from the 10th annual Women in Film Pre-Oscar Cocktail Party on Friday (February 24) in LA.

Deepika Padukone: The Indian beauty wore a Roland Mouret Fall 2017 velvet dress I was immediately taken by, but then the ankle strap sandals kinda took some of the gloss off the look.

Freida Pinto: We’ve kinda seen these style of Maria Lucia Hohan gowns several times before, but this is something new for Freida, especially if you consider the cut outs. Hueb blue sapphire earrings enhance the look.

Camilla Belle: The actress rarely wears all black, but her Adeam Fall 2017 dress provided plenty of intrigue from its velvet fabrication to the lace up accent. Tasaki jewels and Nicholas Kirkwood ‘Leda’ pumps provided the finishing touches. Was her shoe choice too heavy for you? 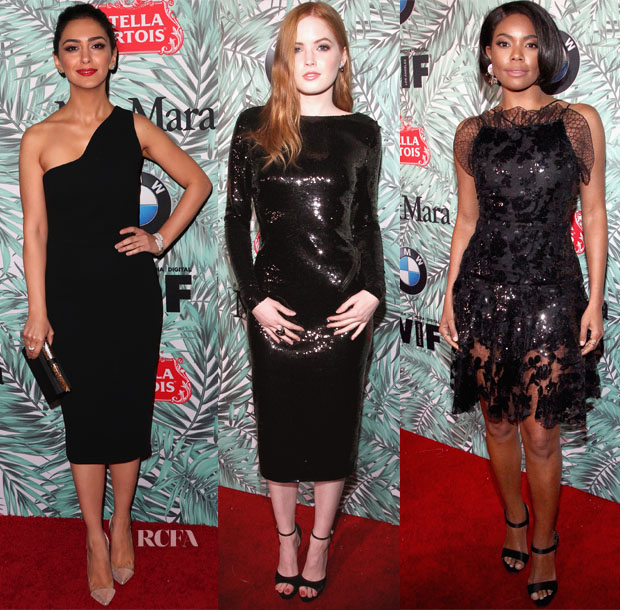 Ellie Bamber: Taking a rare night off wearing Chanel, the British actress wore a signature Tom Ford liquid sequin dress accented with a zipper at the back, which she styled with Chanel Fine Jewelry and Jimmy Choo ‘Pearl’ sandals.

Gabrielle Union: Going for yet another black dress, this time from Rodate’s Spring 2017 collection. As stunning as this dress is, I’m longing for her return to colour. 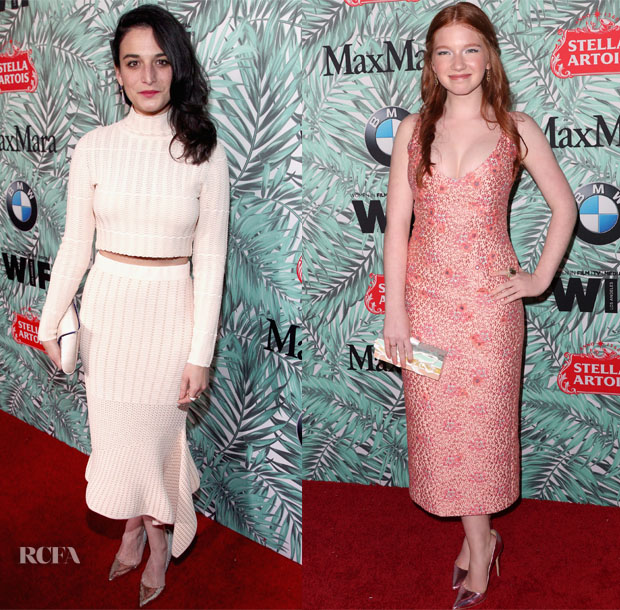 Jenny Slate: Crop tops are proving to be popular this weekend, with Jenny continuing the trend in Jonathan Simkhai. The Pre-Fall 2016 knitted look possesses an easy wearability which some didn’t feel was applicable to Kate Hudson’s look. Keeping the look tonal, Jenny styled her look with Kurt Geiger shoes and a Tyler Ellis clutch.

Annalise Basso: The actress donned a Noor by Noor Spring 2017 dress with a pretty pink hue which she styled with an Emm Kuo ‘Waimea’ rainbow hammer shell box clutch and CSARITE® by Dawes Design jewels. 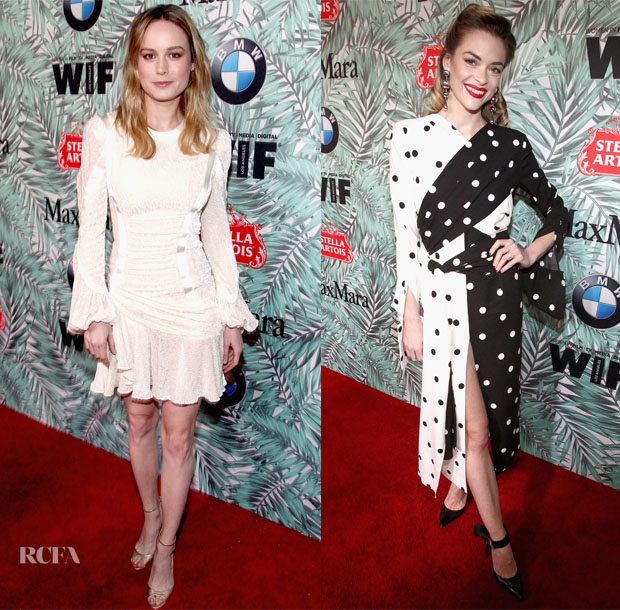 Jaime King: Some might class Jaime’s Monse polka dot dress a bit Dr Jekyll and Mr Hyde, and I would agree with them.