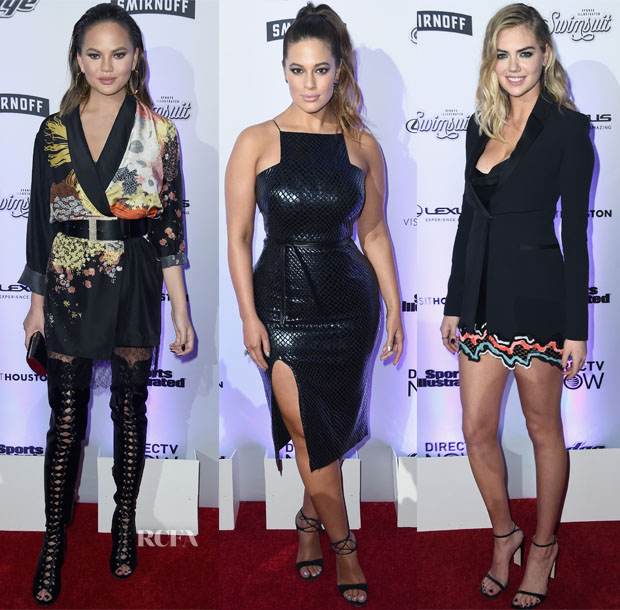 The Sports Illustrated Swimsuit 2017 launch event was held on Thursday (February 16) in New York City, and as you might imagine, there was an A-team of models in attendance.

Ashley Graham: The beautiful lines of her curve-hugging Mestiza New York dress were elevated by its shimmering embossed texture and styling that included Wendy Yue jewels and Gianvito Rossi sandals—plus a lighthearted ponytail to finish.

Kate Upton: Who knew Versace would have delivered one of the more demure looks of the night? I did love the multi-hued hemline of the mini-dress, topped off with the sultry structure of a black blazer. 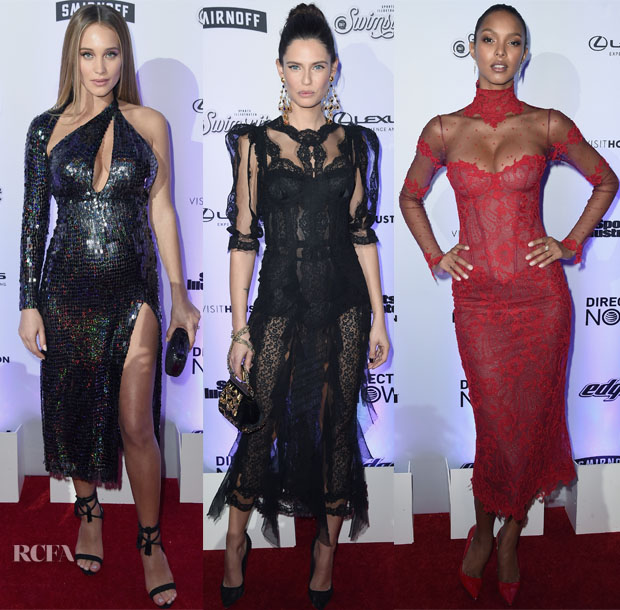 Hannah Jeter: With a look that celebrated the glitz, the gams, and the girls, the pregnant model wore a Fabiana Milazzo dress wih Schutz shoes ad Lili Radu clutch.

Bianca Balti: We knew there would be at least one sheer, lace look at the event and Bianca delivered it, Italian-style, in a Dolce & Gabbana dress complemented by decorative chandelier earrings. 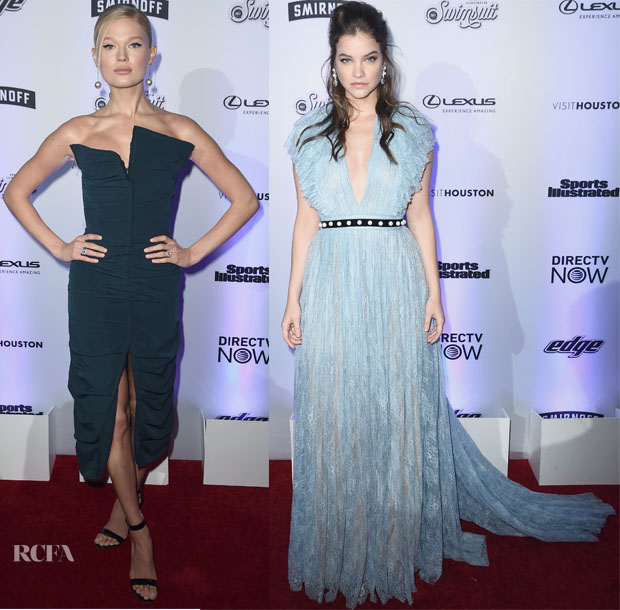 Vita Sidorkina: You may recognize this Carmen March dress as the same one Amanda Holden wore earlier this month. But I do like the sleek ’do and pearl bauble earrings that Vita brought to it.

Kate had my favourite look for its more subtle, seductive appeal.  Who caught your eye?