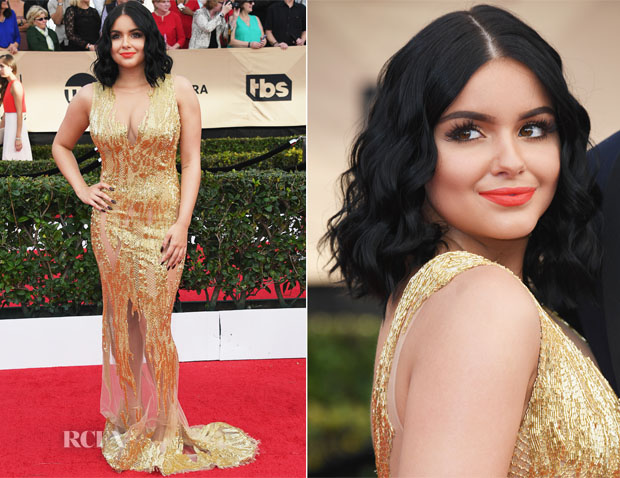 The ‘Modern Family’ actress made quite an impression wearing a metallic gold Mikael D gown.

The figure-hugging dress with sheer panels is in line with her more grownup looks as of late, though hopefully her style continues to evolve and doesn’t become and endless parade of mermaid gowns.