Like Kendall Jenner, Hilary Duff opted to go down the boudoir dressing route – with an altogether different outcome – when she hit the red carpet at the Harper’s Bazaar celebration of the 150 Most Fashionable Women in West Hollywood, California on Friday (January 27).

To be honest, if it wasn’t for this Tibi set being framed by crisp white piping to highlight its classic, menswear-inspired shape, it would’ve had less of a pyjama feel.

But the pyjama feel isn’t an issue.

I actually, I really like the relaxed vibe of this look. But I am deterred on the awkward length of her trousers.

The look was styled with a Lee Savage clutch. 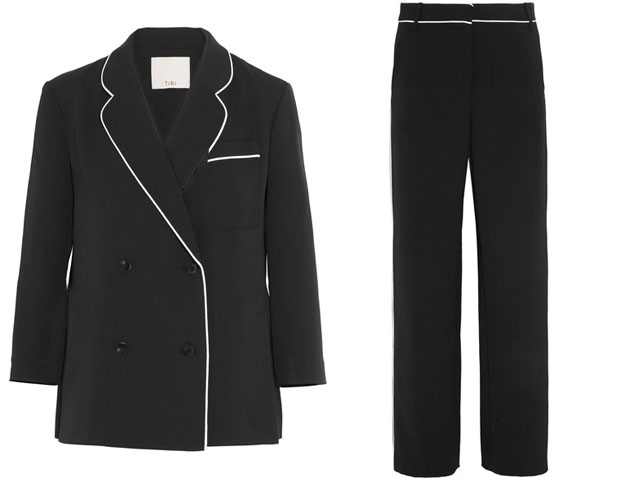