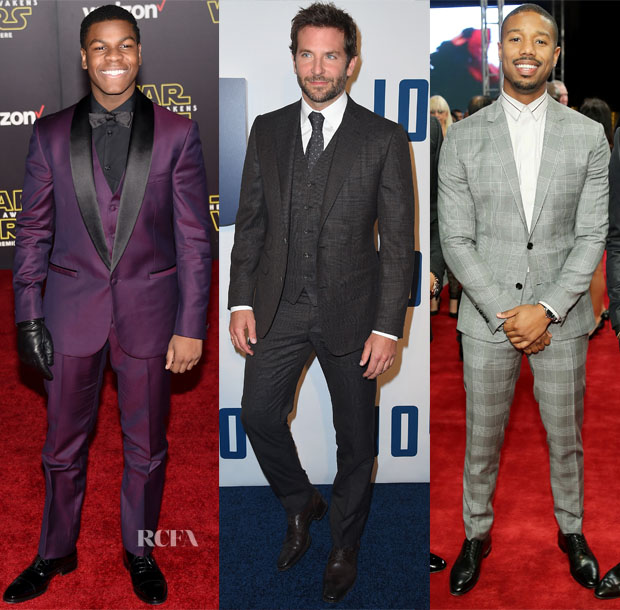 Here is a look at the leading men who have taken to the red carpet over the past few days.

John Boyega: The handsome actor joined his leading lady, Daisy Ridley, for the world premiere of ‘Star Wars: The Force Awakens’. I love that he upped the ante wearing a custom Versace tuxedo in a striking shade of burgundy with contrasting black satin shawl lapels. The single leather glove was a nod to Hamill’s Luke Skywalker, whose hand was chopped off by Darth Vader in ‘The Empire Strikes Back’.

Bradley Cooper: The actor joined Jennifer Lawrence for the world premiere of ‘Joy’, on Sunday (December 13) where he was making strides to get back to his sleek best wearing a Thom Sweeney brown check three-piece suit.

Michael B. Jordan: The actor continued his impeccable run at the Dubai Film Festival wearing a Dior Homme grey wool Prince of Wales check suit with a contrast collar shirt providing that small detail to set this look apart.