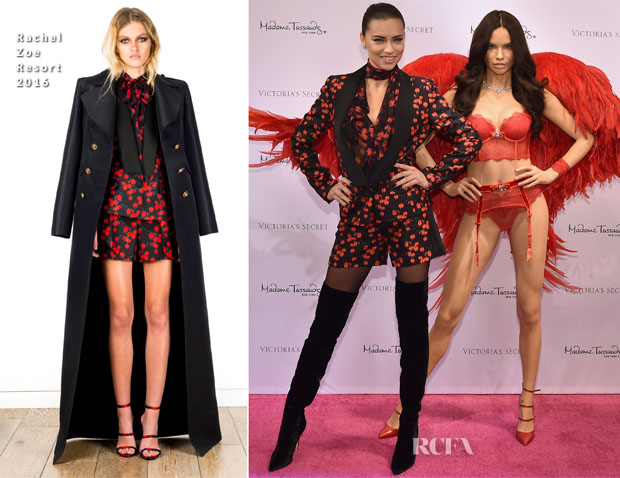 When I think of Victoria’s Secret Angels, Adriana Lima immediately springs to mind, so it’s no wonder Madame Tussauds created a wax figure in her honour, which was unveiled on Monday (November 30) in New York City.

The model appeared to be pretty impressed with the result as she took several selfies before copping a feel of the wax figure.

I find this Rachel Zoe Resort 2016 short suit so very refreshing from the VS model norm.

I love how chic, feminine this look is with the colourful floral print lending some artistic appeal.

The look was imbued with some sassy sex appeal via the thigh-high boots, which focused on elongating her supermodel lean legs.