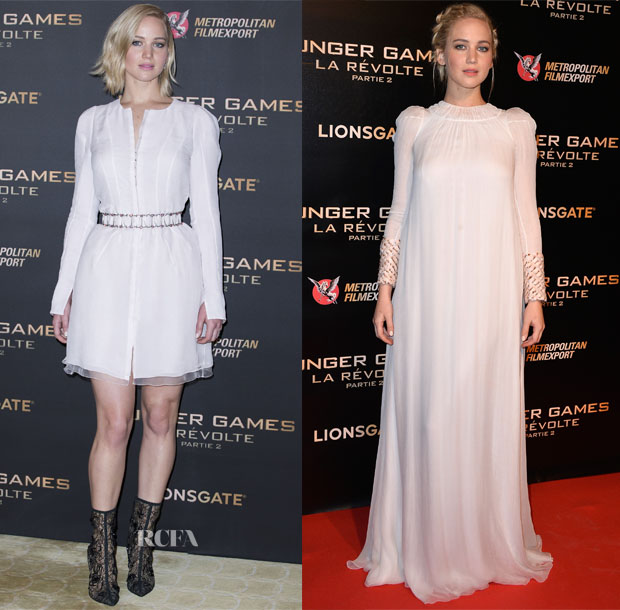 Jennifer Lawrence was the only female star to move onto Paris, France to continue promoting ‘The Hunger Games: Mockingjay Part 2’.

Photocall: Her first look of the day was easily her best. She wore a Christian Dior Couture pale pink dress styled with Dior shoes and belt which gave the look some modernity which has been desperately lacking from her previous looks.

Premiere: *Le sighs*. Yet another horror to add to the pack. Whoever thought this Christian Dior Couture nightdress/sack/tent/whatever-you-want-to-call-it was a great idea for a 25 year old actress, or any actress, needs to sit alone in a corner and re-evaluate what they are doing to this poor girl because pretty much NOTHING is working. If I didn’t know better, I would say she’s having quintuplets.

Where is Elizabeth Banks when you need her? 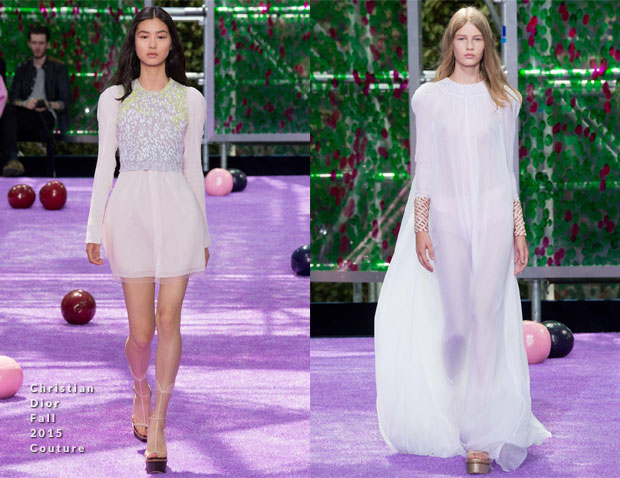