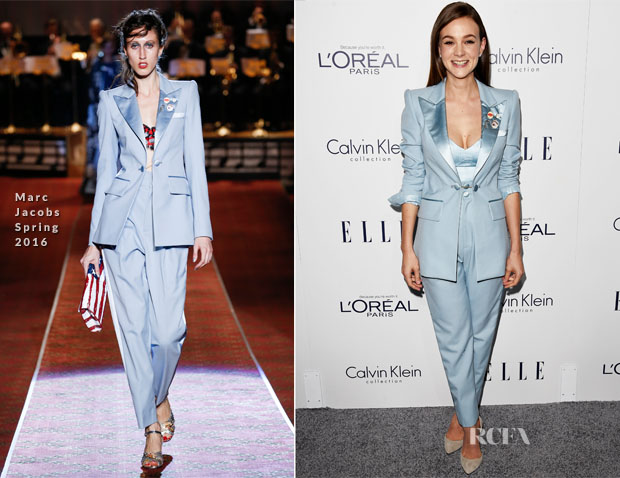 The British actress rarely steps outside the colour or style guideline she has set herself, so to say I’m shocked by this Marc Jacobs Spring 2016 pale-blue suit is the understatement of the century.

Firmly grounded in classic menswear tailoring, I love that while this is steeped in modern sophistication, it also has a quirky playful side.

Had this been Tilda Swinton or Uma Thurman it wouldn’t have felt like such a big deal, but on Carey its feels like a life changing moment.

Carey Mulligan Was Chic In Black For Bvl...