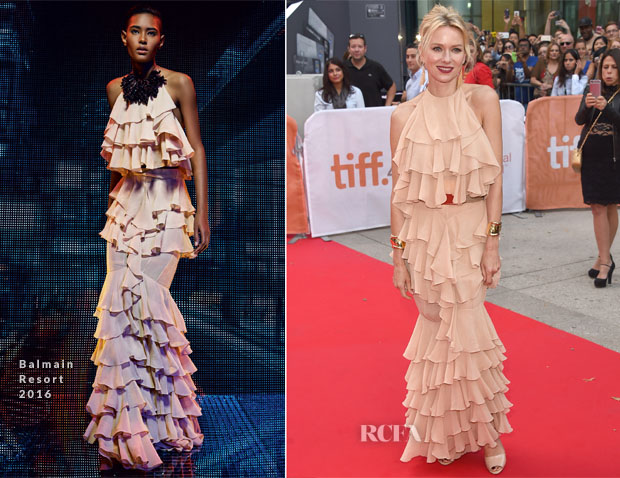 It hasn’t been a great week for Naomi. First the David Koma disaster and now this.

I adored this nude Balmain Resort 2016 gown when it was presented, but Naomi breathes no life into it. She’s just overwhelmed with ruffles.

I don’t often say this, but I would love to see this repeated on the red carpet. Preferably by someone taller who won’t look so washed out.