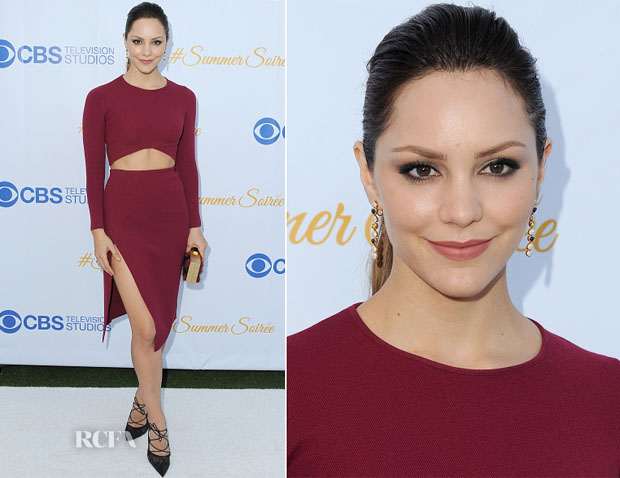 Despite the summer-themed bash, the singer-actress took a darker turn in a burgundy RVN Fall 2015 bodycon dress with an alluring midriff cutout and slit-to-there skirt.

Had the dramatic look been styled differently, mainly sans the vampy Bionda Castana ‘Dekota’ black pumps, it could have been taken in a brighter direction to match her pretty makeup and breezy ponytail.

A colourful, contrasting sandal, or one even in a bronze shade to complement the Emm Kuo clutch, would have worked wonders.

Katherine McPhee In Zimmermann – B...