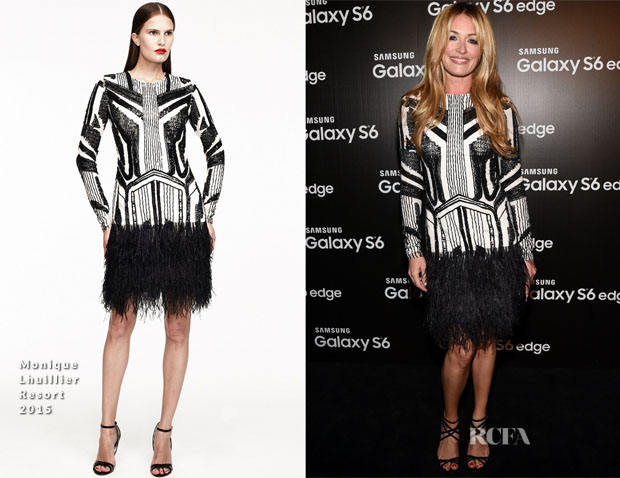 Cat Deeley attended the Samsung Studio LA Launch Event across from the Grove on Tuesday (April 28) in Los Angeles, California.

Having a bit of fun in a sassy little number, the TV presenter wore a Monique Lhuillier Resort 2015 party dress with linear beaded embellishment and a feathered hemline.

With her statuesque limbs, it would seem she could easily pull this look off despite its boxier silhouette.

But there was a slightly bothersome sense of weightiness in the frock that was magnified by her wave of long blonde locks. A simple, sleek updo could have worked in her favour here.

Posted by Rachel Watkins on May 1, 2015 In: Cat Deeley, Monique Lhuillier, Runway To Red Carpet