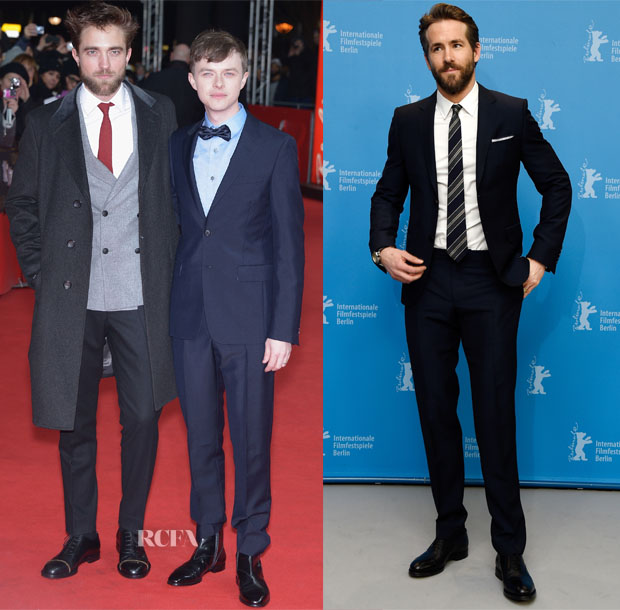 Here is a roundup of some menswear red carpet looks, including a one more from the Grammys.

Robert Pattinson: Always one to keep menswear interesting, the British actor wore several shades of grey in his Gucci look, which included a ‘Signoria’ wool coat and a red tie. I’m sure he was a gentleman and offered said coat to co-star Alessandra Mastronardi, who wore a strapless Elie Saab gown to the same event.

Dane DeHaan: The actor was not to be outdone. The face of Prada wore Prada, wearing an impeccably tailored navy kid mohair two-button suit with a sky-blue Oxford shirt and navy satin bow tie. If only Prada’s women’s red carpet offerings could have the same 100% hit rate as the men’s.

Ryan Reynolds: Leaving his gorgeous wife and newborn at home, Ryan joined the evergreen Helen Mirren on the red carpet for the Berlin Film Festival premiere of ‘Women in Gold’. Sticking to classic black, the slim-fit suit was styled with a striped tie that almost gives a nod to collegiate style. 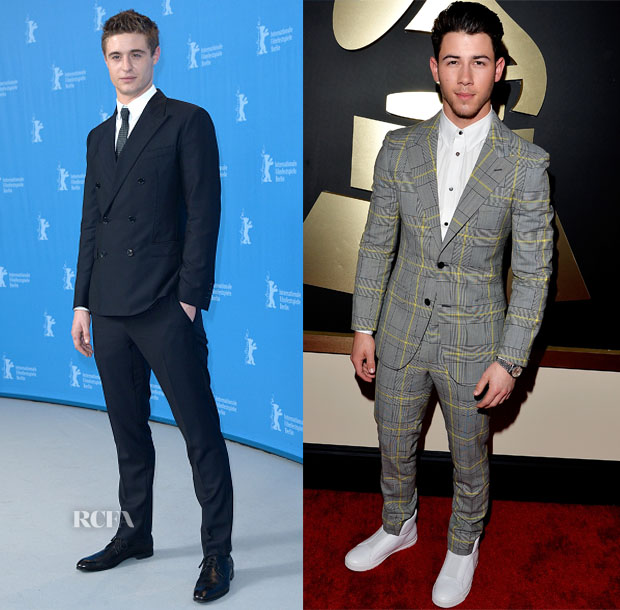 Max Irons: Matching Ryan in the impeccable style department wearing Dolce & Gabbana. Helen was so lucky to be surrounded by such handsome fellas.

Nick Jonas: The singer was one of the presenters on the night of the Grammys and opted to eschew the penguin tux for this decidedly dapper Versace patterned grey and yellow suit. The look’s cool vibe was sealed with a pair of white Versace sneakers.