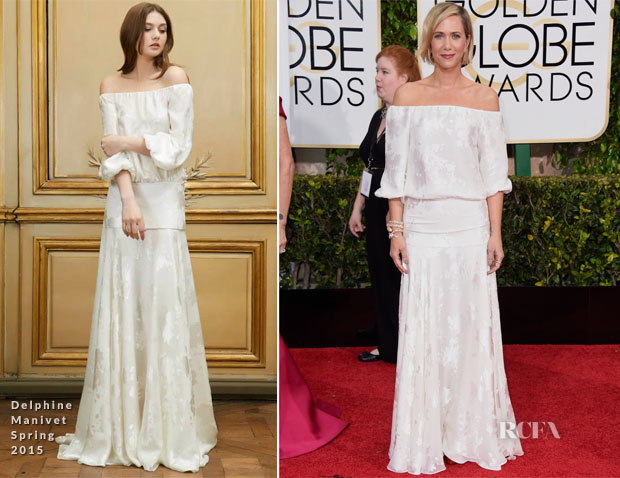 The comedic actress wore an off-white, ill-fitting Delphine Manivet Spring 2015 gown that had a bohemian and peasant-like feel to it, heightened with Bulgari jewels.

Normally very stylish, Kristin’s red carpet look paled in comparison to the majority of stars. The off-the-shoulder cut highlighted her shoulders and collarbone, but the material sagged around her hips and waist.

Kristin’s polished bob, coupled with her light mauve lip stain, fortunately brought a positive focus to the upper half of her body.

Though this look was not glamorously lauded, it has definitely proven to be unforgettable.