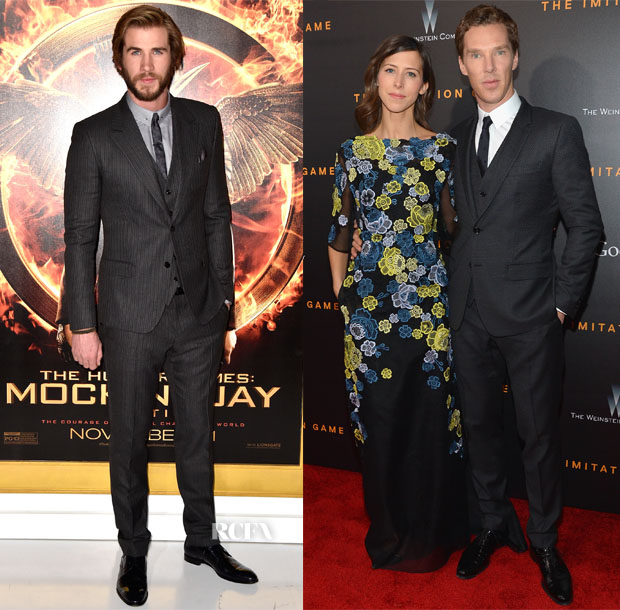 The male stars of ‘The Hunger Games: Mockingjay – Part 1’ took to the red carpet for the LA premiere held at Nokia Theatre L.A. Live on Monday (November 17) in Los Angeles, California plus some other gents grace the red carpet with their presence yesterday evening.

Liam Hemsworth: The actor wore Dolce & Gabbana again, this time wearing a striped charcoal three-piece suit with a light-grey shirt and skinny tie. While there is no denying how sharp he looks, I prefer him clean shaven. He’s looking considerably older here.

Benedict Cumberbatch: The Dolce & Gabbana-clad actor was not only joined on the red carpet for the ‘The Imitation Game’ New York premiere by his co-star Keira Knightley, but also by the woman who broke a million hearts, his fiance Director Sophie Hunter who looked divine wearing an Erdem floral print Resort 2015 gown. 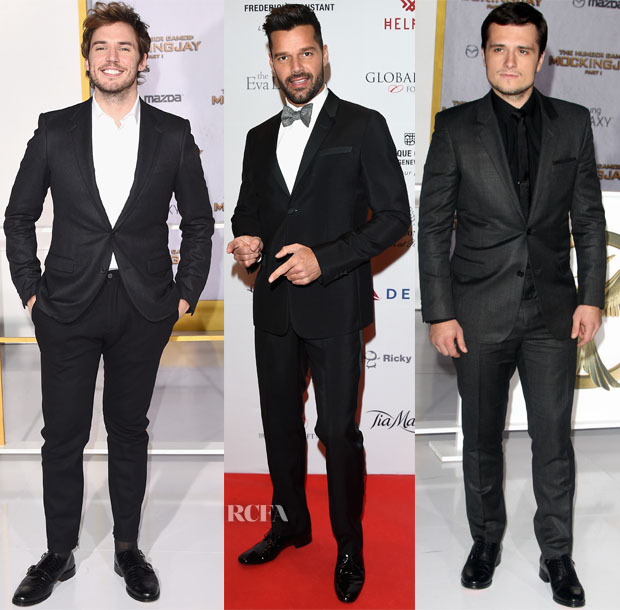 Sam Claflin: The British actor used to be one of my favourites during this promo tour, but it appears that what made him so unique and stand out has gone. While there is nothing wrong with this dark-grey Lanvin suit styled with an open white shirt and black trousers (one leg strangely longer than the other), that touch of Je ne sais quoi he used to bring to each look is M.I.A.

Josh Hutcherson: Going charcoal on black, the actor should’ve perhaps undone the button on his notched-lapel blazer, because the pull is making it appear that it’s too small for him.

Sophie Hunter In Christian Dior & Be...