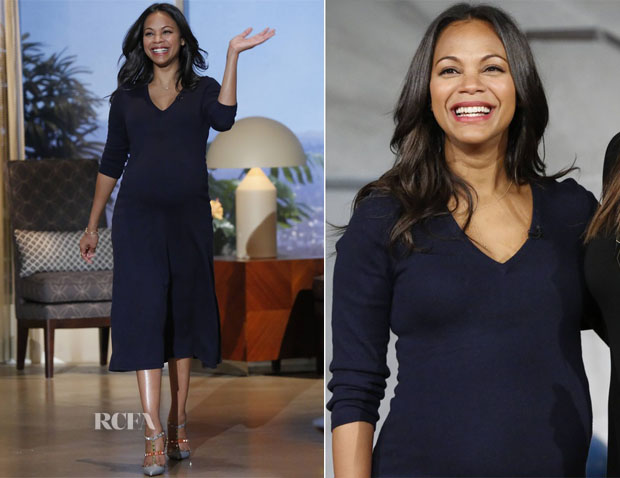 Despite looking ready to pop any day now, Zoe Saldana continued her efforts to promote her new movie, ‘Book of Life’, by making a guest appearance on ‘The Queen Latifah Show’, which aired on Tuesday (October 21).

The actress wore an easy breezy Joie ‘Gibby’ dress in a midnight-blue hue styled with an awesome pair of colour-block Valentino ‘Rockstuds’. This refreshingly vibrant and festive version that exudes a rich 60’s vibe which lends an eye-popping touch to her dark-tone frock.

While there have been many contenders this year for Best Maternity Style of the Year, both on and off the red carpet Zoe has proved that she’s the one to beat. 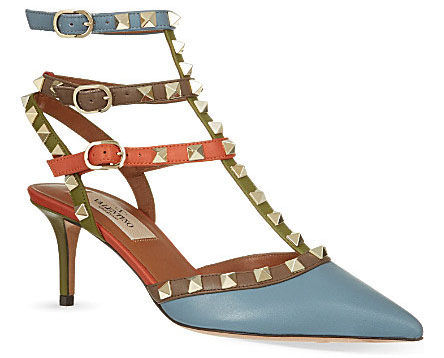 You can buy Zoe’s Valentino Colour-Block Rockstud Pumps from Selfridges.

Posted by Catherine Kallon on October 23, 2014 In: Joie, Zoe Saldana

15 Responses to Zoe Saldana In Joie – The Queen Latifah Show