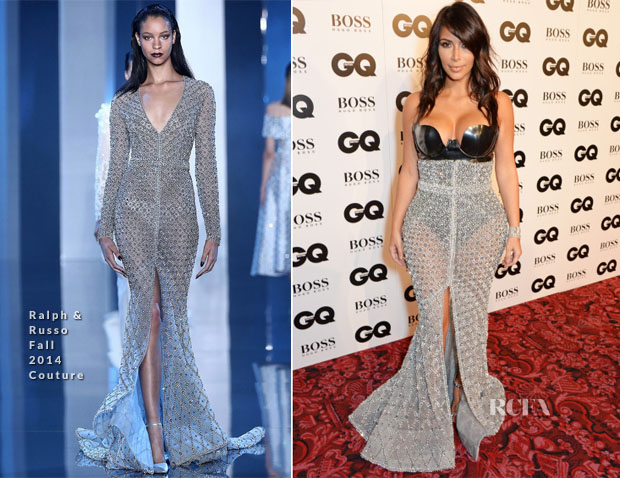 Kim Kardashian was also in attendance at the 2014 GQ Men of the Year Awards, hosted in association with Hugo Boss at The Royal Opera House in London, England on Tuesday (September 2).

The reality TV star also worked the sheer trend, wowing in a fully custom-designed ensemble to collect her Women of the Year award.

She accessorized with embellished Tom Ford sandals and a selection of diamond bangles, further enhancing the look with relaxed, pretty waves and a nude lip.