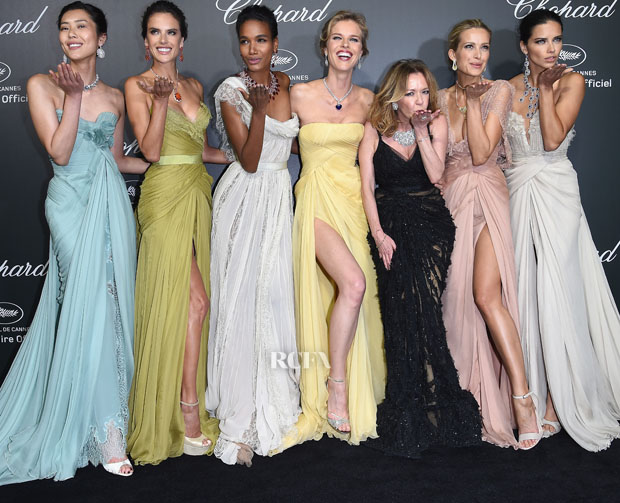 This picture looks like a scene backstage at an Elie Saab Couture show, although the man himself is missing from the shot.

Each the ladies wore a mixture of archive pastel-hued Elie Saab Couture pieces with Chopard jewels.

It’s always hard to pick a favourite Elie Saab gown, especially when worn by such beautiful women as we have here, but Liu Wen was the stand-out for me – although I also found myself really enamoured by the green hue against Alessandra’s olive skin.

Who stands out for you? 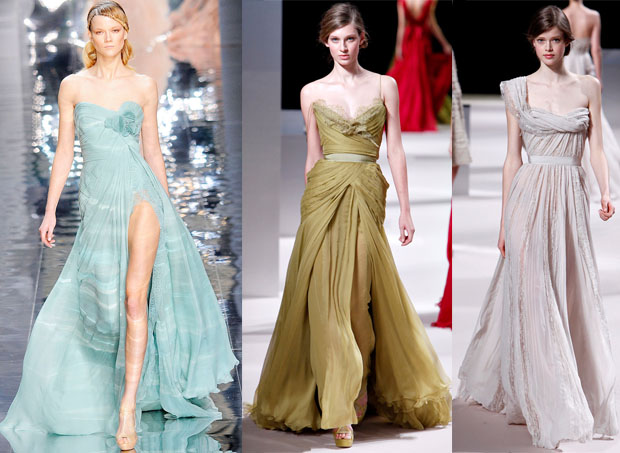 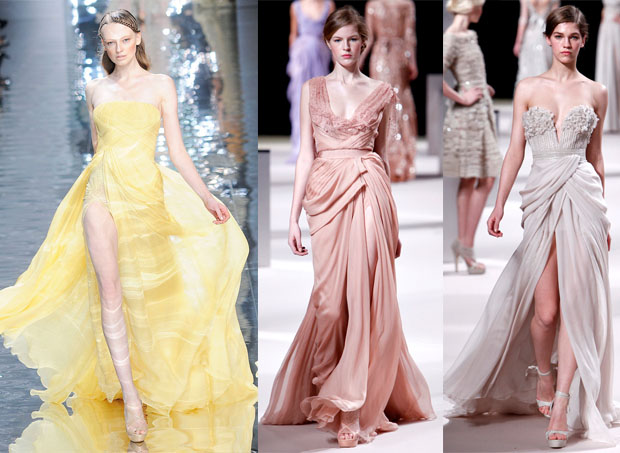