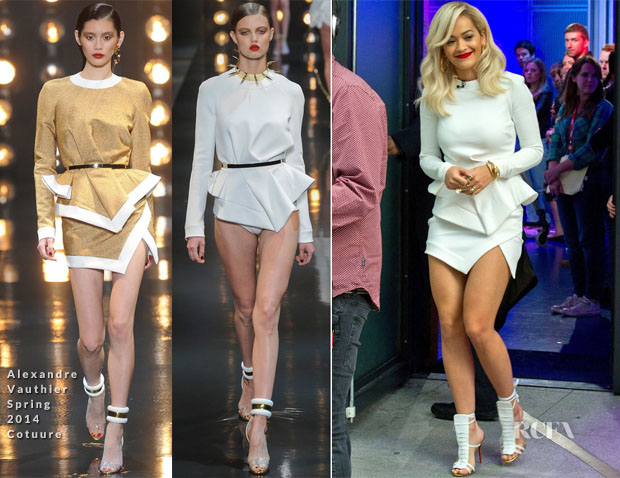 Following her arrival Rita Ora was seen leaving the BBC Studios in London on Wednesday (May 14) having made a guest appearance on ‘The One Show’.

Dressed in all white, again, the British singer wore a look from one of her favourite designers, Alexandre Vauthier, wearing a white peplum top and asymmetrical mini skirt from his Spring 2014 Couture collection.

The look was styled with a pair of sexy Louboutins with a red sole to match her lip colour, and a selection of jewels.

Are you having a case of déjà vu? That’s because Rita wore the gold and white version of this look back in January, not long after the collection was presented.

Of the two looks, this one, because of the styling and colour, is much preferred.

Posted by Catherine Kallon on May 15, 2014 In: Alexandre Vauthier, Rita Ora, Runway To Red Carpet