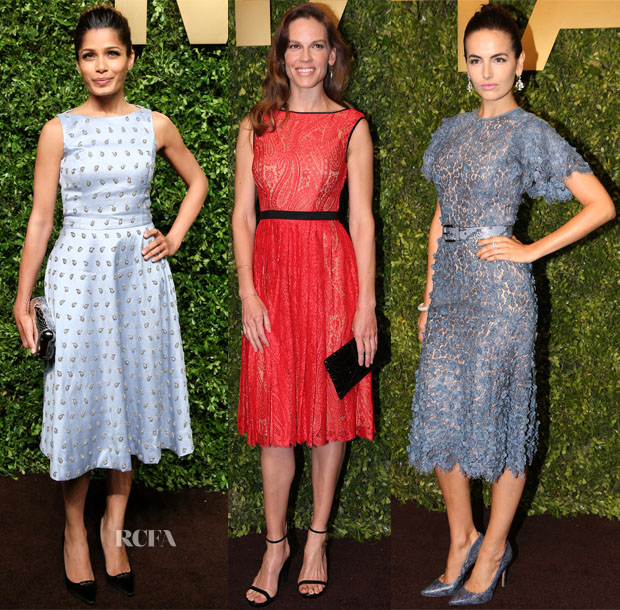 Freida Pinto: The Indian actress wore an ice-blue Pre-Fall 2014 crystal-embroidered dress styled with a silver Michael Kors python clutch and a black pair of pumps I wish were also silver.

Camilla Belle: The actress opted for a more tonal look, wearing a chambray lace dress accessorized with a belt and pumps in blue snakeskin to add an edge to her dainty look. A pretty pink lip shade, slicked-back ‘do and Bulgari earrings from the ‘Diva’ collection and rings from the ‘Serpenti’ collection completed her look. 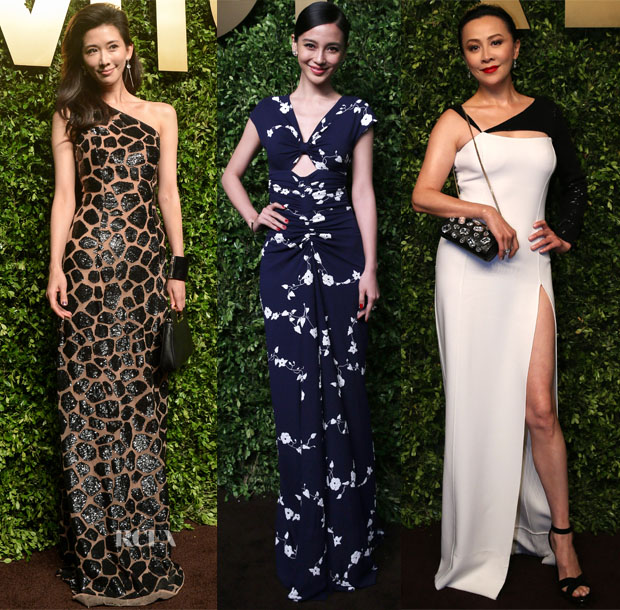 Chiling Lin: The actress wore a slinky black-embroidered giraffe-print gown from the Resort 2014 collection with a black oversized clutch.

Carina Lau: Working an edgier look, the actress wore a white and black one-sleeve gown from the Resort 2014 collection featuring a thigh-high sexy slit. While I appreciate the risk, I can’t get on board with this look. 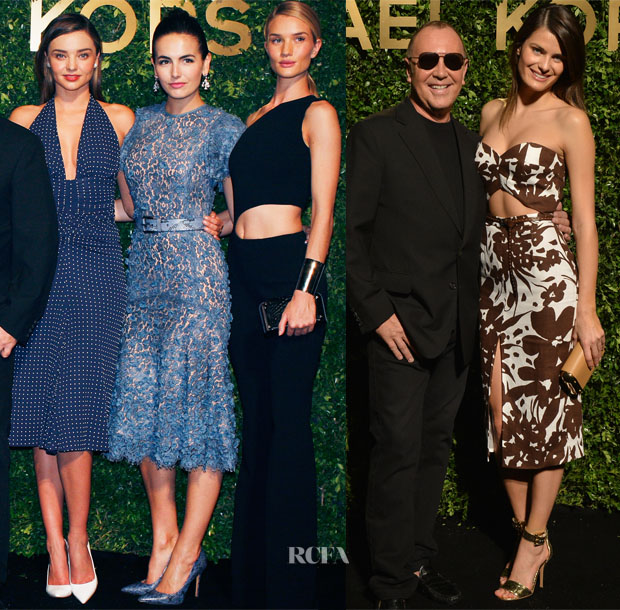 Rosie Huntington-Whiteley: The British model donned a black midriff-revealing jumpsuit and sandals from the Resort 2014 collection, styled with a metal cuff and a Michael Kors black and silver clutch.

Isabeli Fontana: Wearing a similar look from the first event, the model wore an optic-white and nutmeg cut-out Spring 2014 strapless dress with suntan sandals and a suntan clutch.