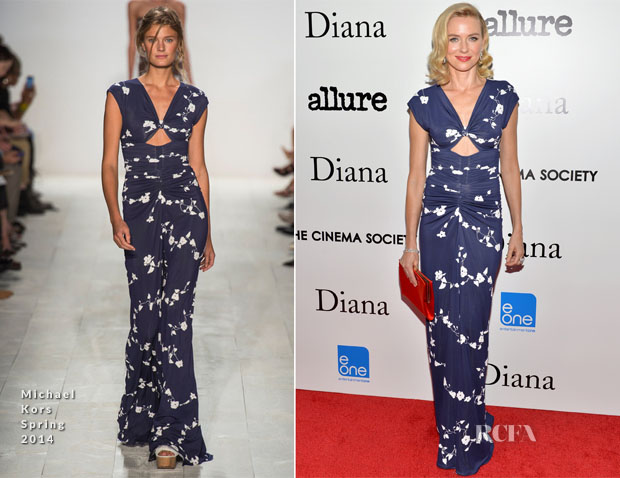 Naomi Watts walked the red carpet at the ‘Diana’ screening, hosted by The Cinema Society with Linda Wells & ‘Allure’ magazine, at SVA Theater in New York City on Wednesday.

The movie’s main star was understatedly glam in a Michael Kors Spring 2014 navy-blue, floral-specked gown with a refined, cutout detail at the bodice.

She increased the sophisticated tone of the breezy, printed gown with a crimson Roger Vivier ‘Marechale’ clutch and the flash of Harry Winston diamonds.

Retro, side-parted finger waves and the slick of a red lip further contributed to the old-Hollywood-inspired, forties flair of her look.

Lady Gaga In Alexander McQueen – Out In London