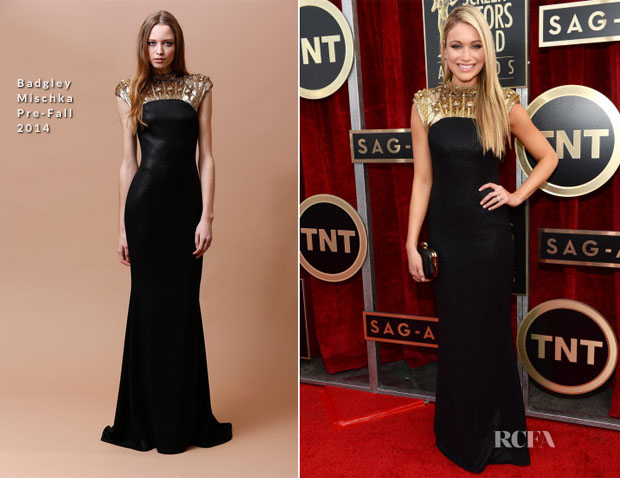 Although there are certainly differences, for me this dress was just a bit too evocative of the black and gold Alexander McQueen dresses that Salma Hayek wore to the 2013 Academy Awards and Kate Hudson wore to the 2013 Golden Globes.

The look would have also have been improved by pulling her hair up so that it didn’t hide the neckline, which is the gown’s key feature, particularly because she didn’t opt for any dramatic accessories.

Not a bad look but no point for panache or originality here.