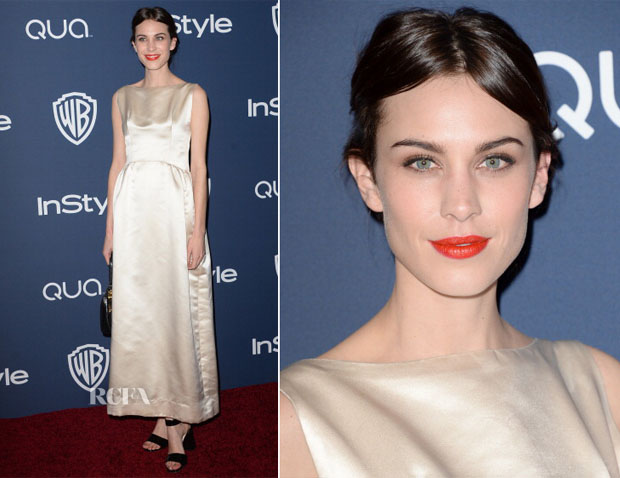 I was surprised to see her in town for the Globes, but not surprised to be disappointed by her vintage Balenciaga dress which was from Decades.

The dress isn’t bad per se but it’s all wrong for Alexa, making her look older and a damn sight frumpier as a result.

It’s like that pre-worn wedding dress a women receives from her mother or a grandmother once she’s announced her engagement, to be told ‘you just need to take it in and it will be perfect’.

The updo doesn’t help the matronly vibe, but she did try to perk up the look with red lippie and a Dolce & Gabbana ‘Agata’ bag.