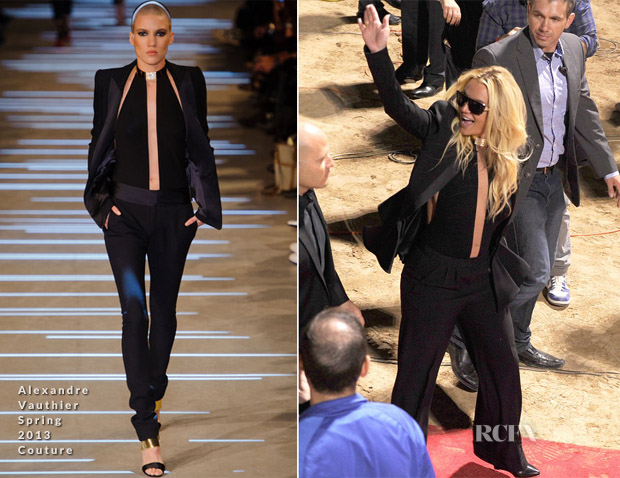 The pop star’s residency is called ‘Piece of Me’ and will entail 50 shows over a two-year period beginning December 27, with tickets going on sale September 20.

Britney flew to Las Vegas in a helicopter to make the announcement, where fans cheered as she did her interview at nearly 5:50am in the morning.

I was surprised by her look on this occasion, as the Herve Leger bandage-dress-loving starlet wore an Alexandre Vauthier Spring 2013 look featuring a gold-plated halter bodysuit with an open front panel, styled with a sleek blazer, wide-leg pants by Chagoury, David Yurman jewels from the ‘Starburst’ collection and Roberto Cavalli ‘Mirihi Shield’ sunglasses.

If this is the direction Britney is going in, I am very, very intrigued to see more. 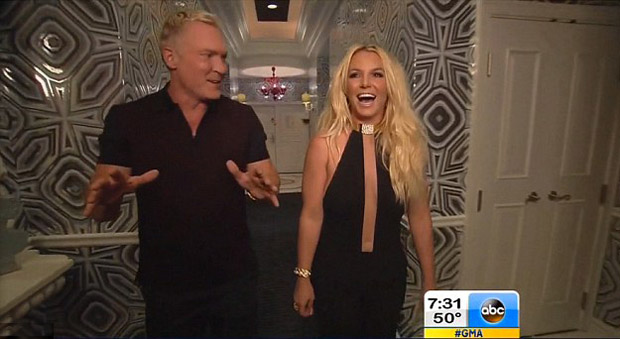