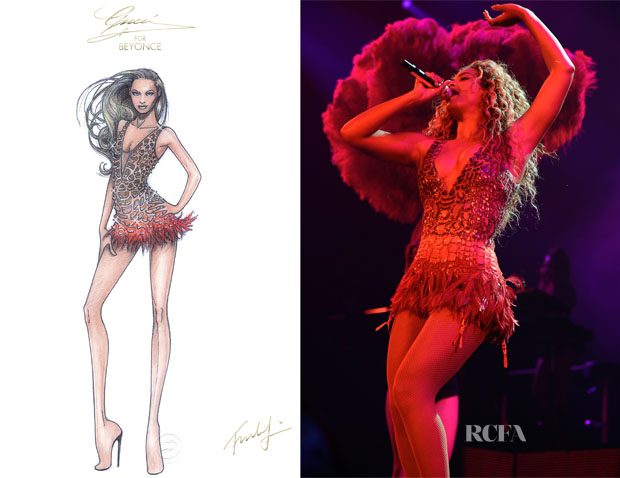 As stated earlier in the week, Beyonce Knowles has added some new looks to her wardrobe for her ‘The Mrs Carter Show World Tour’.

During her performances from August 3-5 at the Barclays Center in Brooklyn, New York, she also added another Gucci look.

The ‘shake-your-tail-feather’ one-of-a-kind fully embroidered mini dress, embellished with metallic sequins and feathers in a degrade effect from taupe to deep-red, was styled with nude pumps and fishnet tights.

Since the tour goes on until December, I wonder how many more stage looks will be added to her repertoire.

Posted by Catherine Kallon on August 7, 2013 In: Beyonce Knowles, Gucci

8 Responses to Beyonce Knowles In Gucci – The Mrs Carter Show