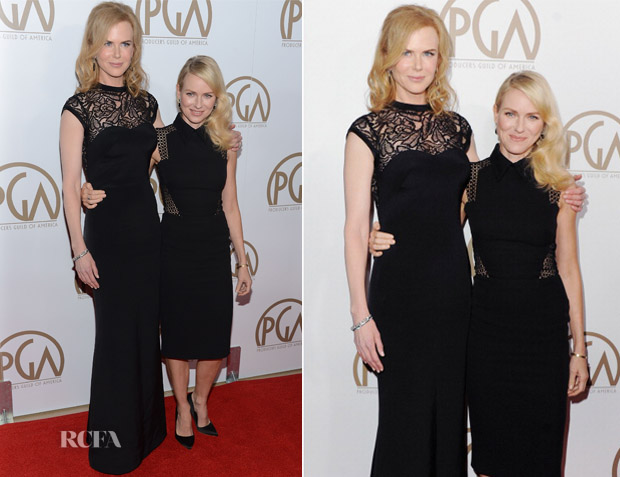 BFFs Nicole Kidman and Naomi Watts were inseparable on the red carpet at the Beverly Hilton Hotel in California last night, where they attended the 2013 Producers Guild Awards.

Both wore black, but like Julianna Margulies and Jessica Alba, their choices were far from boring.

Nicole donned a look from her designer BFF and stylist, L’Wren Scott.

Her Spring 2013 black sleeveless gown featured a lace yoke and a lace back which she styled with a half-up, half-down hairstyle and Fred Leighton Art Deco platinum, diamond, and onyx pendant earrings.

Her sleeveless frock was styled with Rupert Sanderson pumps and jewels by Monique Pean.

Despite giving us different styles, I love how they complement each other. 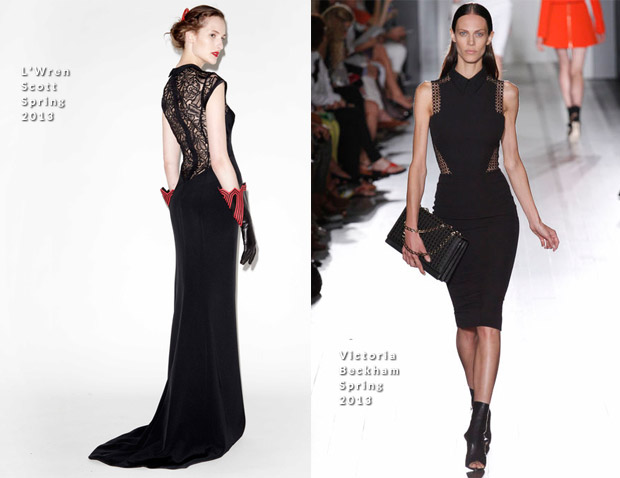