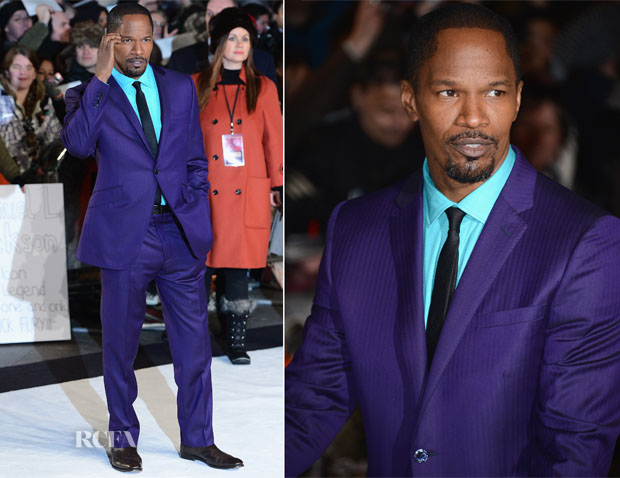 The ‘Django Unchained’ red carpets have started the year with truly stellar fashion. Jamie Foxx’s appearance at the movie’s UK premiere at the Empire Leicester Square in London, added another feather in this film’s plume.

The handsome actor pulled off a saturated, technicolor ensemble from British designer Ozwald Boateng. The splashy suit was done in an intense peacock blue and worn over a nearly neon turquoise button-down shirt.

A black tie and sleek black loafers kept this vivid and gutsy statement in the cool rather than cooky territory.

Only Jamie could pull this off with such class; this look makes him one of the most memorable males on the red carpet in recent memory.