After the circus that surrounded the previous show, it was a delight to enter the serene environment of the Armani Prive Fall 2012 show.

The invitation was a degrade daybreak mix of blue, lilac, mauve and pink, which is exactly what we saw on the runway.

For the first part of the presentation we marvelled at the designer’s signature architectural silhouette. Impeccably well tailored blazers, Shantung silk choker jackets and wool overcoats were either paired with luxurious silk wide leg pants or silk velvet pants.

We also saw vests with wrap-around velvet and silk trimmed skirts, ombre and colour-block coats and plenty of trouser suits before we moved seamlessly onto eveningwear as the sun set in the backdrop.

My heart skipped several beats when look 28 took to the runway. A strapless gown embroidered with pink rhinestone and beads must have a red-carpet moment. Like a few other pieces in the evening portion of the show, this dress was styled with a bead veil.

As someone who is obsessed with gowns, you’ll be surprised to learn that my favourite look from this collection was a black beaded jumpsuit with touches of blue and pink.

There was plenty more sparkle from the evening gowns which were accented with Swarovski crystals plus there were some muted classic black velvet numbers. The question now is which one will Cate Blanchett chose? 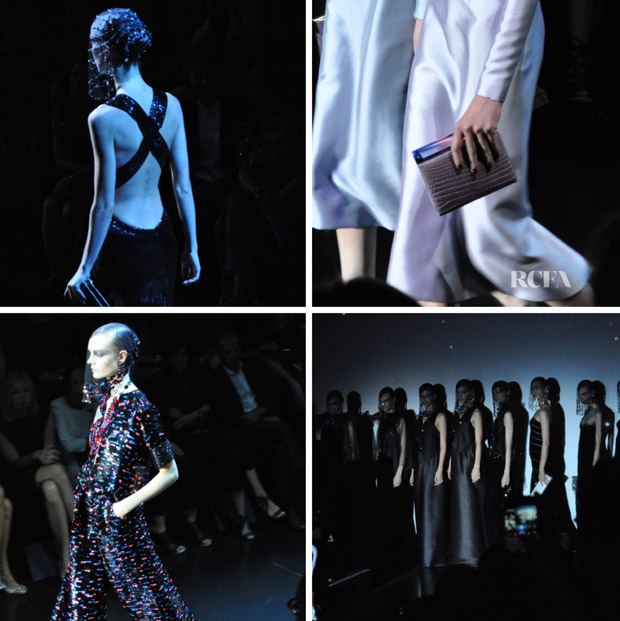