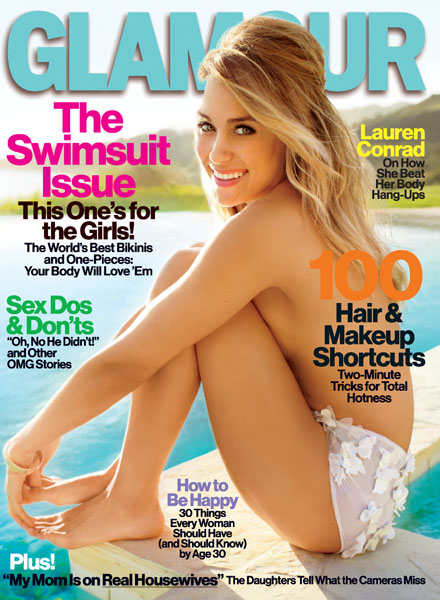 Lauren Conrad is topless on the May 2012 cover for Glamour US but she does wear a pair of Blumarine floral appliqué briefs.

MTV’s golden girl is all grown up and finally drama-free.

When asked how this happen, she puts it down to hard work, a sense of humour, and a new perspective on everything she went through.

Photographed by Peggy Sirota in Malibu, LC suns herself in a printed Rochas bodysuit, she hangs by the pool in a Malia Mills; she stands pretty in a peach Paper Crown dress; she kneels on the grass wearing a Miu Miu and sports a stripped sweater and shorts by Bill Blass.

In her interview she talks about body image, dating, what really happens on reality TV sets, friendships and what keeps her grounded.

Below are some extracts from her interview. You can read more over at Glamour.com or read the interview in full when the magazine hits newsstands on April 10.

On body image: “On the vacation to Cabo, I wore a bathing suit on the beach for the first time in years. Usually I’m just petrified. A couple of years ago someone zoomed in on my cellulite and it was so mean. I took it really personally. I haven’t worn a bathing suit in L.A. in years because of that.”

On her dating life: “I wish I dated as much as people thought I did! It’s really funny because almost everyone that I’m reportedly “dating” is a friend of mine. About half my friends are guys, and I’ve always gotten along really well with guys. You just have to laugh at it.”

What really happened on the reality TV sets: “During shooting, the producers would send us quick text messages telling us what to talk about. They couldn’t walk through the shot, so they’d just text me, like, “Say something quick about this story line.” That’s why we were always checking our phones!”

On her friendships The Hills: “The show is what brought a lot of us together, and when it was gone, we didn’t have anything in common anymore.”

On what keeps her grounded: “For me, the best way to stay grounded is to surround myself with friends and family who knew me way back when. There’s nothing like cleaning my mom’s dishes or taking out the trash to remind me that I’m no different than anyone else.” 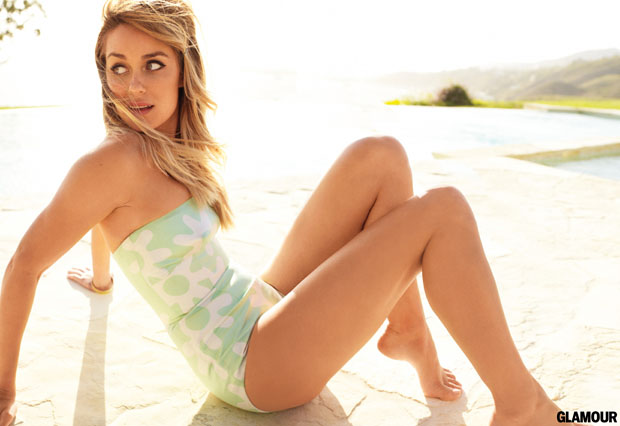 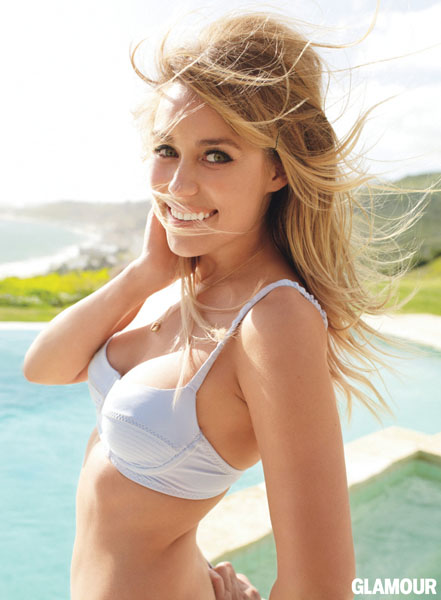 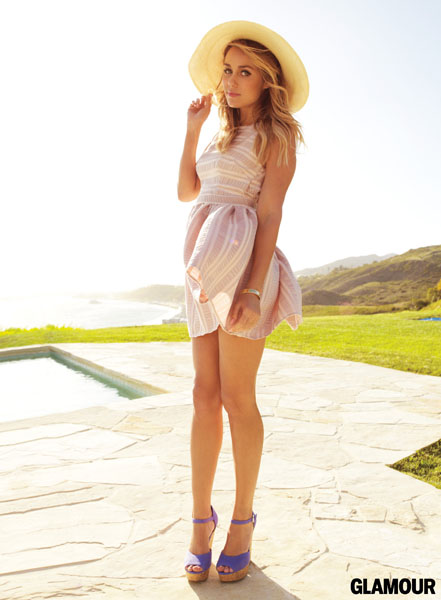 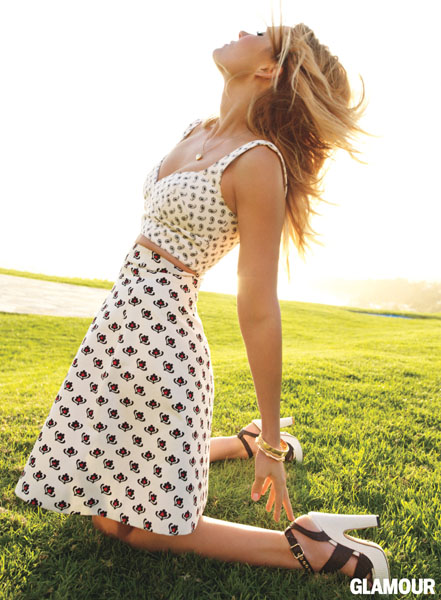 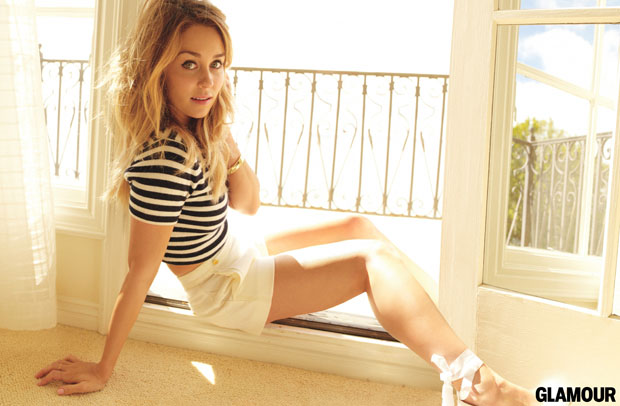 Lauren Conrad In Guishem – The Kat...

Posted by Catherine Kallon on April 3, 2012 In: Lauren Conrad

13 Responses to Lauren Conrad For Glamour US May 2012