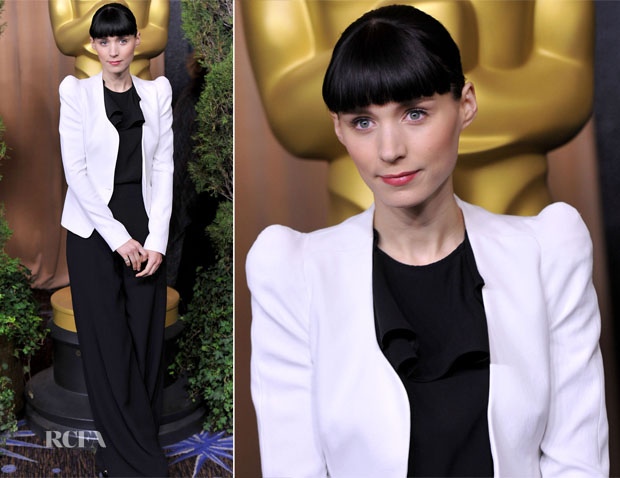 After a brief flirtation with wearing a colour outside her comfort zone on Friday, Rooney Mara was back to black and white whilst attending the 84th Academy Awards Nominations Luncheon which was held at The Beverly Hilton Hotel in California earlier today.

I’ve been onboard with nearly all her minimalist looks, but I just can’t get excited about her black ASOS jumpsuit, which she wore with a white Thierry Mugler jacket.

The look is very chic in theory – well the jacket is – but her looks are starting to feel a bit samey, plus I don’t like the way the pants are overwhelming her tiny frame.

This isn’t the first time she’s gone high-end, low-end on the red carpet, because she’s worn a Givenchy jacket with an ASOS playsuit once before, but it’s the first time I’ve not been particularly fussed by it.

She switched things up by opting for blunt bangs after sporting a lacquered look for a while.

What do you think about this look – would you take it or leave it? 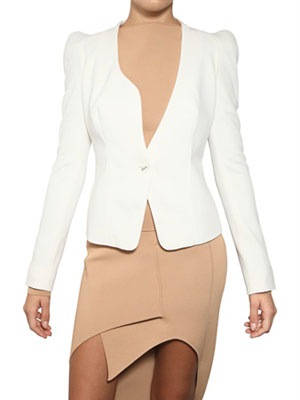 You can buy Rooney’s Mugler blazer from LuisaViaRoma.
Credit: Getty

Meghan, Duchess of Sussex In ASOS &...