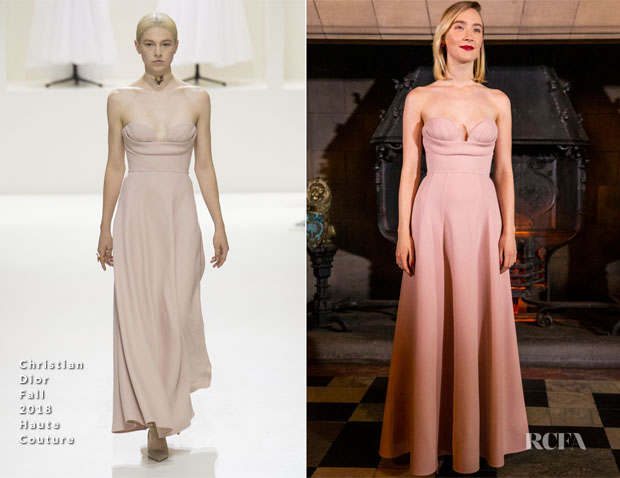 Saoirse Ronan stepped out for the Scottish premiere of ‘Mary Queen of Scots’ alongside her Richard Quinn-clad director Josie Rourke, and First Minister of Scotland, Nicola Sturgeon on Monday (January 14).

I love the soft, feminine silhouette. This really is the epitome of glamour as the elegance speaks for itself.

The subtle pink eye-makeup that matched her dress, was contrasted with a bold pink lip and matching earrings.

I think this might be my favourite look from this promo tour.

Are you swooning over this look?