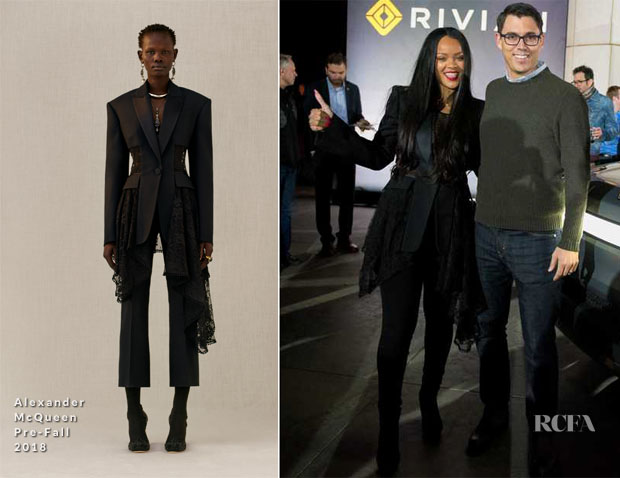 Rihanna was on hand to unveil Rivian‘s first-ever electric adventure vehicle before its official reveal at the LA Auto Show at Griffith Observatory on Monday (November 26) in Los Angeles.

This event sees return to the red carpet after reportedly filming an upcoming movie, titled ‘Guava Island’, alongside Donald Glover.

I wish this was a better picture to see the full outline of the look which includes a blazer that marries sharp tailoring with romantic lace. 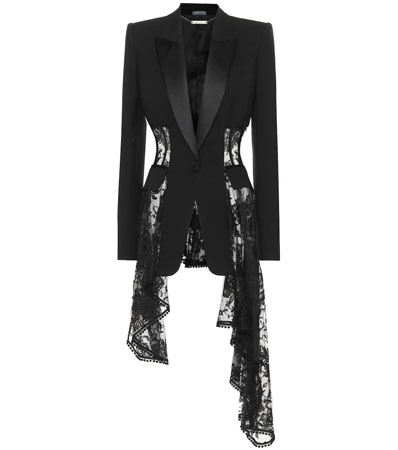 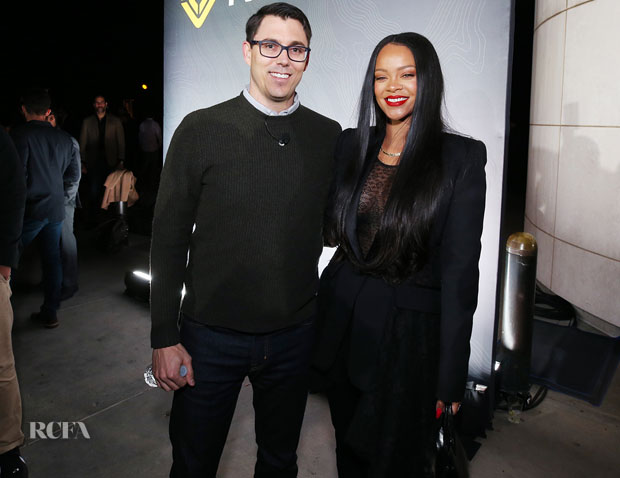