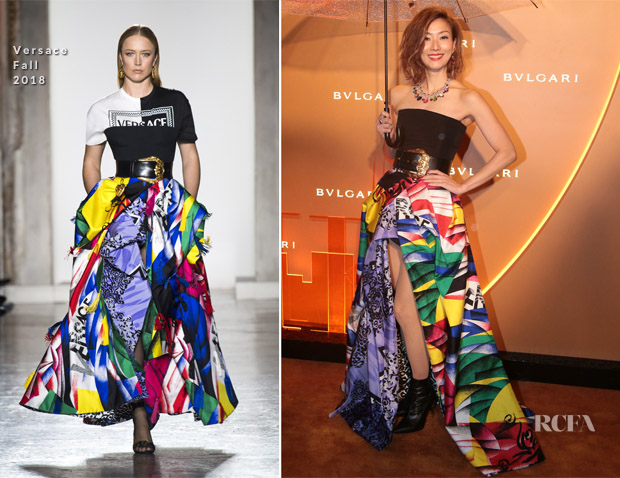 Sammi Cheng Sau-man: The singer gave us our second look at Versace’s colourful Fall 2018 ball gowns within 24 hours, as Caroline Wozniacki had worn a similar look the day before. This look, which is the same a JLo’s, marks a first, as it’s the first time we’ve seen this look sans t-shirt. The black bustier does make this a party piece which was fit for the occasion, as does the host jewels, which only enliven the look further. I’m actually looking forward to the next interpretation of this look. We’ve had one from Europe, the US and Asia. So let’s see what if the any Bollywood babes can take this look to the next level. 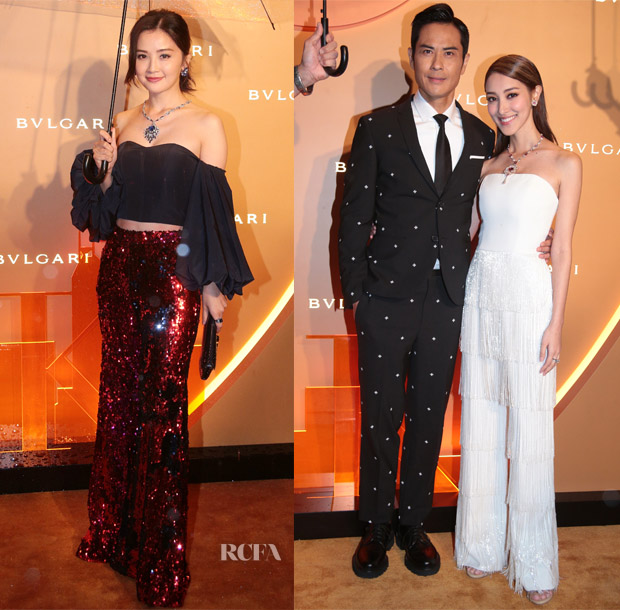 Charlene Choi: You know doubt recognised these flares as Halpern, as nothing shines more brightly then the designers Studio 54-inspired collection. We’ve always seen his pieces matched with equally dazzling tops, so did Charlene’s choice to go black dampen your enthusiasm? I would say it was a smart choice as a matching top with that necklace wouldn’t have made sense.

The Missguided Up To 50% Off Summer Sale Is Now On