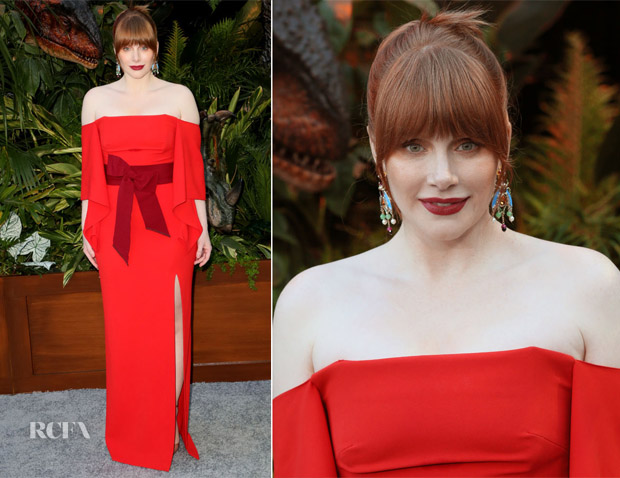 You haven’t been impressed with Bryce’s promo tour looks so far, so I’m intrigued to see how this radiant red Roland Mouret dress fares?

What sells this look to me is the addition of the Johanna Ortiz deeper red sash belt and colourful Etro earrings.

Without either the look may have been too one note and lacking in depth.