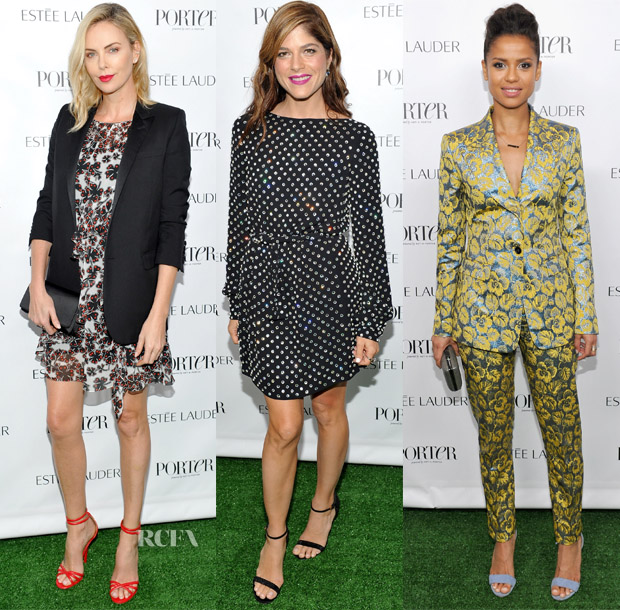 Charlize Theron: The actress mixed feminine and masculine elements in a Givenchy ensemble. The sharp black jacket’s tailoring was a striking contrast against the floral printed dress with high hemline. The injection of red courtesy of her sandals and lipstick enlivened the look and brought out the pattern on the frock.

Selma Blair: The actress lit up the red carpet in Marc Jacobs Resort 2018. The embellishment gave the black dress a polka dot effect, but it had much more glamour than the traditional pattern thanks to the way the diamantes catch the light.

Gugu Mbatha-Raw: While the others went for statement dresses, the British actress selected a statement Burberry teal and amber yellow peak lapel tailored suit. The gold tones in the coordinates enhanced her complexion while the accessories brought out the blue elements.