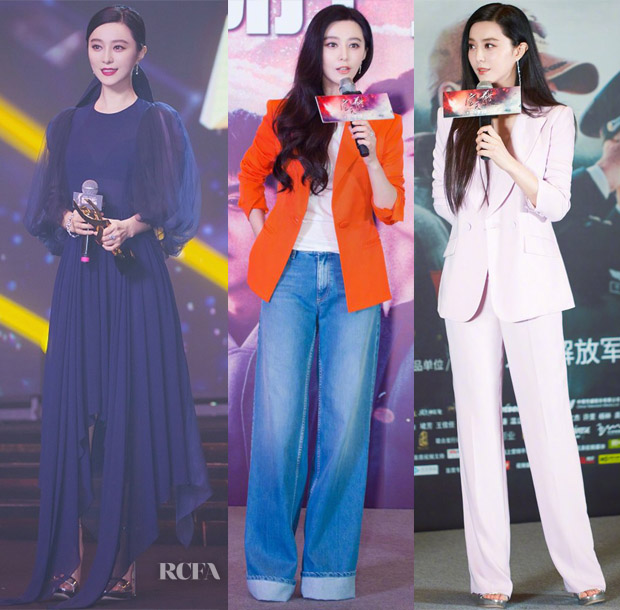 Paris Fashion Week has just begun after a whirlwind of shows in Milan, London, and New York City.

But, on the other side of the world, Fan Bingbing has been having her own personal fashion week, as she promotes ‘Sky Hunter’ in a full range of typically high-style looks that could have just stepped off the runway.

2017 TV Online Video Ceremony: I love how this Delpozo Resort 2018 navy gown provides a modern, grown-up allure to the princess aesthetic with its wispy balloon sleeves and diaphanous layers, which she wore on Tuesday (September 26) in Shanghai, China. Sparkling De Beers jewels and a power magenta lip completed this cool-girl interpretation of feminine romance.

‘Sky Hunter’ Promotion In Hangzhou: Also on Tuesday, Fan offered up a completely different look in this Oscar de la Renta Resort 2018 ensemble. While they were perhaps rolled up in a pinch to accommodate her frame, I would have preferred to see the wide-leg jeans without the cuffs. But, the vivid orange blazer was a striking counterpoint. Did you miss the lookbook’s belt?

‘Sky Hunter’ Promotion In Hefei: This Zhang Shuai Fall 2017 power suit was pretty in pink, providing a sharp feminine focus on the menswear trend at this promo event on Saturday (September 23). This was such a classic, streamlined look for Fan that likewise continues to see her step outside the princess gown box. You may remember that she has worn this designer before. 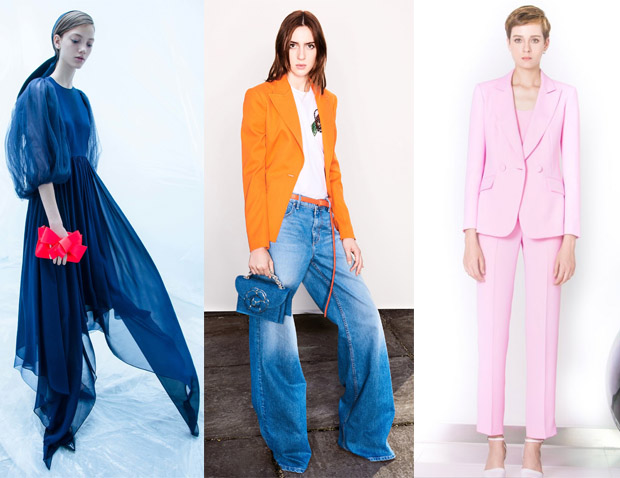 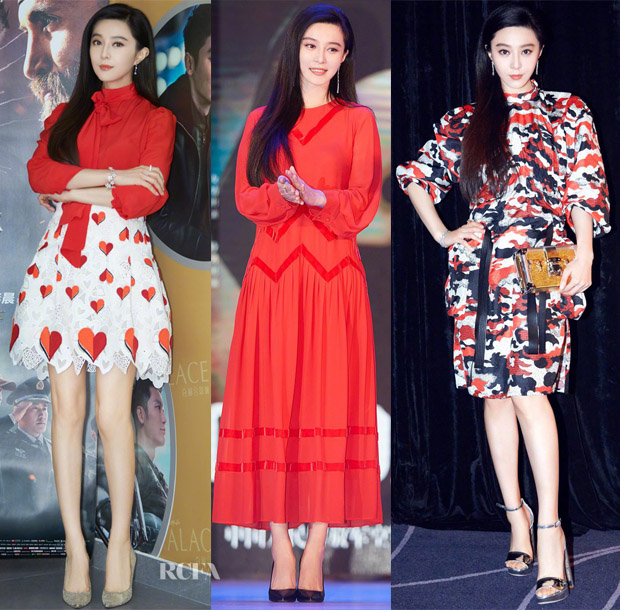 ‘Sky Hunter’ Promotion Event: Her most twee look of the bunch, I still was enamoured by this Chris by Christopher Bu blouse and heart-emblazoned skirt that was both sweet and chic. I didn’t quite understand the choice of taupe heels, as red sandals would have made more sense. But, at least they appeared to be single soles rather than platforms.

15th Domestic Films Promotion Of China Cinema: Again in a Zhang Shuai Fall 2017 look for this event last Wednesday (September 20), she relied on the dynamic colour of red to empower this dress. I was thankful for the tonal zigzag paneling to bring some visual interest to the look, but again wished for a more complementary pair of shoes.

‘Sky Hunter’ Promotion In Shanghai: We’ve previously seen Fan wear the signature bold prints of the Louis Vuitton Resort 2018 collection, and she continued to step outside her style box with this camo-inspired dress on Tuesday (September 19). Accessorised with glinting metallic shoes and clutch, this was a strong look for her. Although, by now, I have a feeling some may be calling for a new hairstyle, as a sleek bun would have been a polished option here. 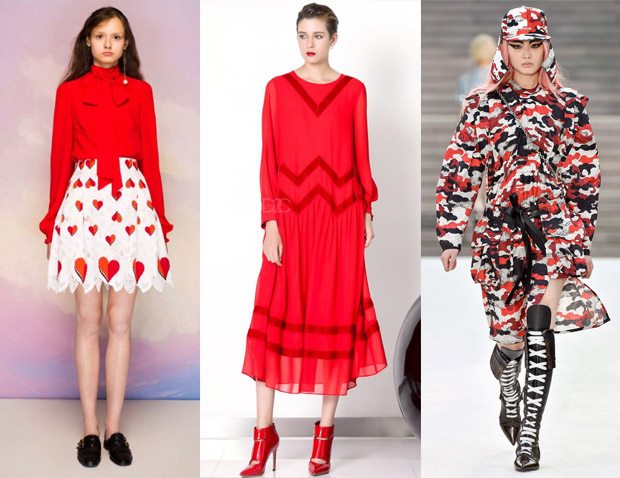