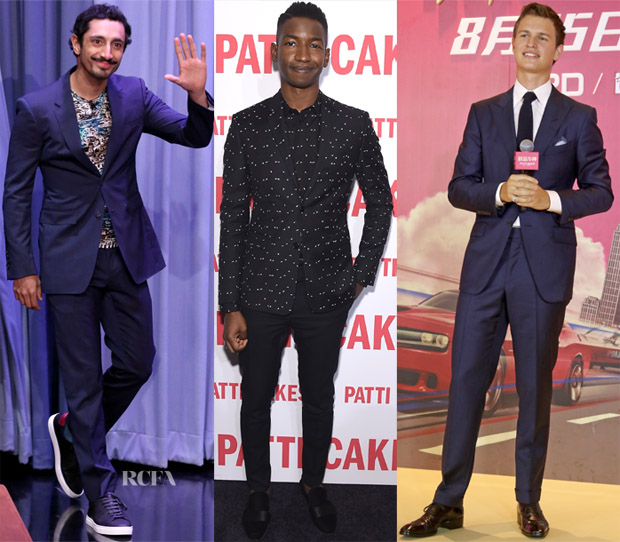 Our menswear roundup takes us to three different places charting the look of some of Hollywood’s handsome up-and-coming stars.

Riz Ahmed: The British actor, who’s up for an Emmy for HBO limited series ‘The Night Of’, made a guest appearance on ‘The Tonight Show Starring Jimmy Fallon’ on Monday (August 14), wearing a Burberry suit. The look was expertly tailored for a sharp impression, yet his styling gives the mood a cool, relaxed feel.

Ansel Elgort: Continuing to take over the promotional duties for ‘Baby Driver’ by himself in Beijing, China, the actor was eternally classic and looking sophisticated in style wearing Tom Ford. You haven’t been too enthused by his more directional looks, so how does this traditional suit fair? 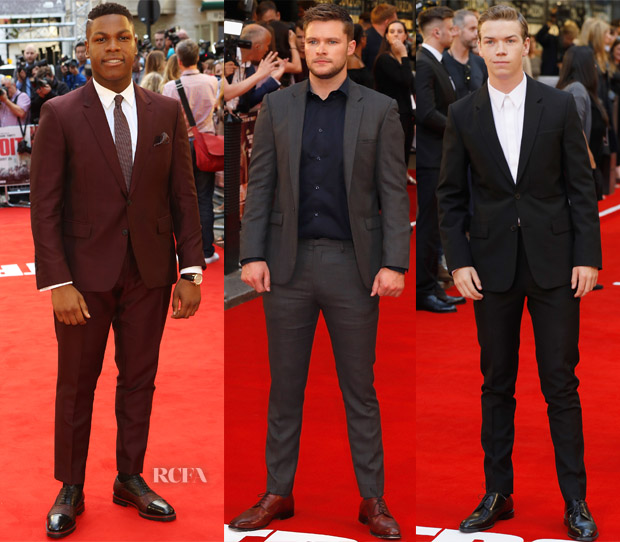 John Boyega: When navy and black are so often the go to options for men’s suiting, I really appreciate John’s maroon Burberry suit worn to the ‘Detroit’ London premiere where she joined Hannah Murray on the red carpet. The colour is gorgeous against his skin tone and the cut is so sharp you could cut yourself. Christian Louboutin ‘Hubertus Orlato’ shoes completed his look.

Jack Reynor: Also at the ‘Detroit’ London premiere, I found this look to be a total snooze. I dislike the shade of grey for a summer premiere and there are many fit issues here.

Will Poulter: Rounding out a trio of ‘Detriot’ stars, the actor kept it simple in classic black and white.