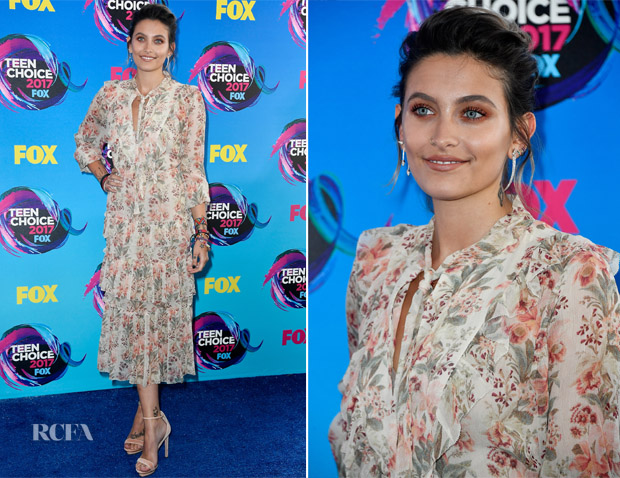 Just when I thought I’d figured out Paris Jackson’s red carpet style, she does a 180 on us for the 2017 Teen Choice Awards on Sunday (August 13).

Going from glam rock chick, to an unapologetically bohemian persona in Zimmermann, the daughter of the late Michael Jackson looked pretty in this dreamiest floral print in pretty pastel tones giving off a summer glow.

Styled with Elisabetta Franchi velvet sandals and Borgioni earrings, while I find the hairstyle a tad aging, the overall look and feel was refreshing.

Just a hint of her cool-girl persona was imbued with a selection of colourful bracelets.