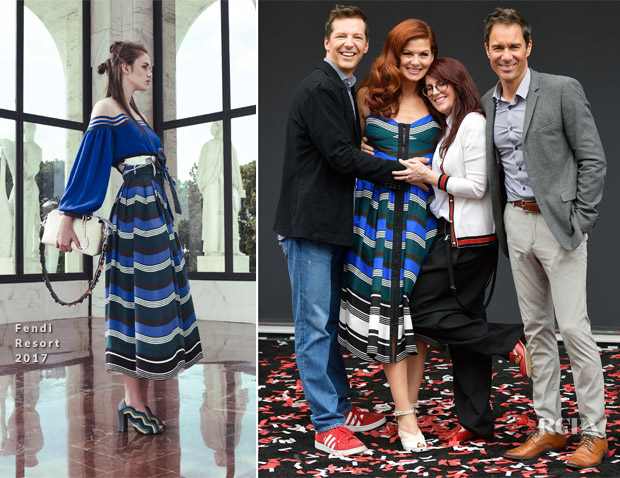 ‘Will & Grace’ is back, and to kick off the first day of production on the revival series, only a ribbon-cutting ceremony complete with confetti cannons would do. On Wednesday (August 2) in LA, Debra Messing was joined by co-stars Eric McCormack, Megan Mullally, and Sean Hayes for the festivities.

No better way to commemorate the day than with Debra’s exuberant, multi-colour Fendi Resort 2017 frock, the electric blue and petrol hues of which made her flame locks come even more alive.

The feminine, pleated silhouette was also lovely on the actress.

The shoes wouldn’t have been my first choice, as they were rather clunky and seemed almost too big on her. But I suppose their style did echo some of the retro allure presented in the frock.

Celine Dion rocks Rochas on the streets of Paris