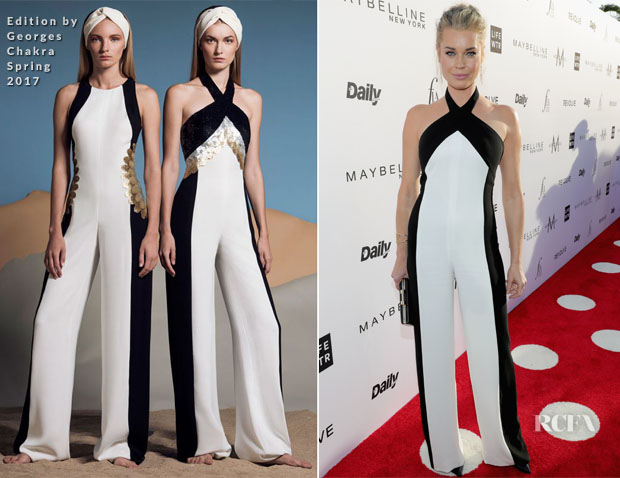 The model opted for an Edition by Georges Chakra Spring 2017 halter jumpsuit which puts forward an effortless vibe despite its striking black and white palette.

Completing the look with towering heels for an elongating effect, Rebecca was perhaps one of the few who wasn’t trying so hard to outshine like some of the others at this event.

Catherine Zeta-Jones In Editions by Geor...