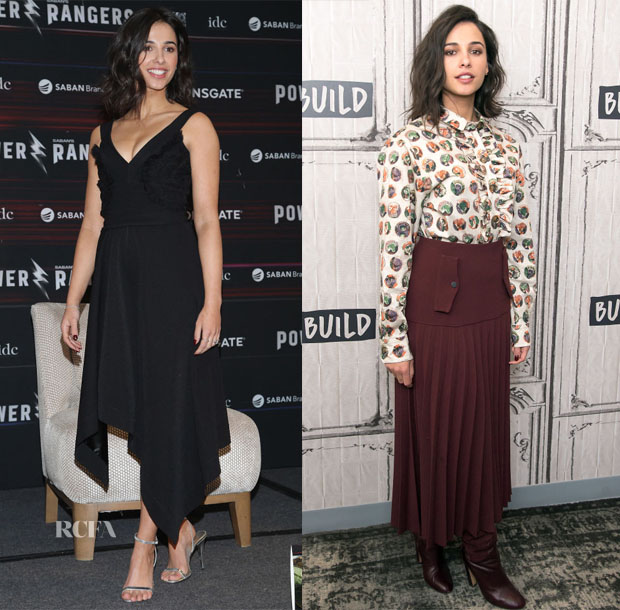 Naomi Scott is currently in the spotlight due to her busy week promoting her new film ‘Power Rangers’.

Mexico City press conference: On Wednesday (March 15) the actress wore a Preen ‘Peggy’ dress from the Spring 2017 collection styled with silver sandals. I love how the asymmetrical hemline gracefully concludes this LBD with contemporary flare.

Build Series to discuss ‘Power Rangers’: This carefree, yet stylish seasonal look saw Naomi mixed a Burberry blouse with a Dion Lee top, Rebecca Bjornsdotter ‘Idun’ boots and Elizabeth and James ‘Lania’ earrings on Monday (March 20) New York City. The Dion Lee skirt stands out here as I like how this pleated style has been reimagined for the modern woman. Some might not like the heavy boots, but I think they compliment the skirt perfectly. 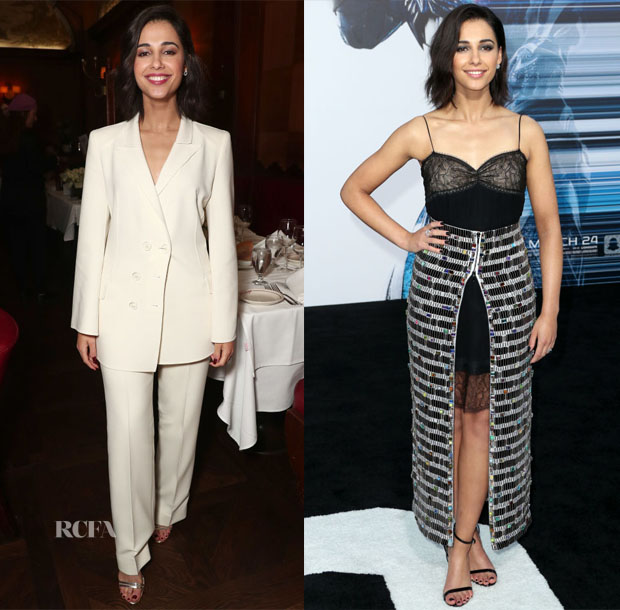 ‘Power Rangers’ LA Premiere: Following a strong seven days, things fell apart for me at the premiere last night (March 22). I’m not going to give this unflattering look a pass just because it hails from the Chanel Spring 2017 collection. What makes is kinda work on the runway are the accessories, which are really just hiding how terrible this look really is. I wish she had done a lot better for her big moment. 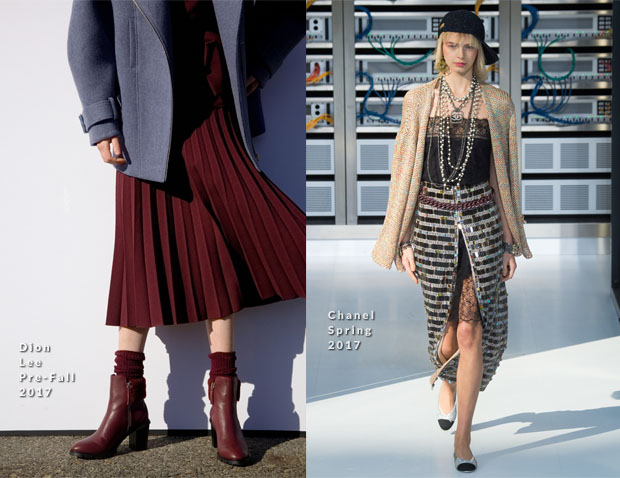