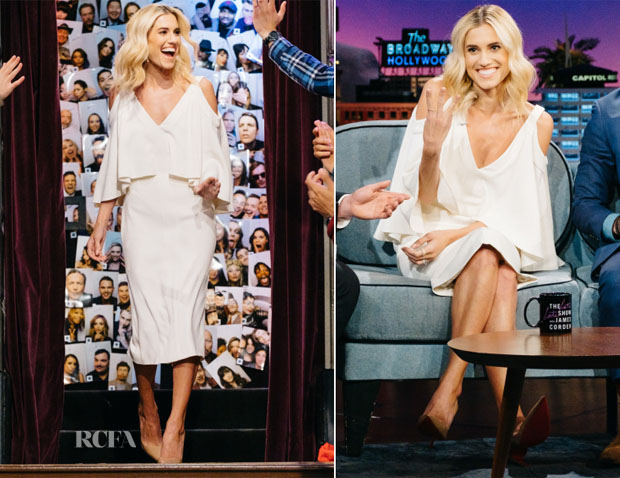 Allison Williams made a guest appearance on ‘The Late Late Show with James Corden’ on Tuesday (March 21), where she continued to promote the final season of ‘Girls’.

The actress wore her second look from the Sally LaPointe Pre-Fall 2017 collection, donning a white dress which encapsulates the new season’s effortless take on evening elegance.

A flash of skin adds a sensual touch to this dress which is cut on the bias for flowing movement.

The look was complete with nude Christian Louboutin ‘Iriza’ pumps.