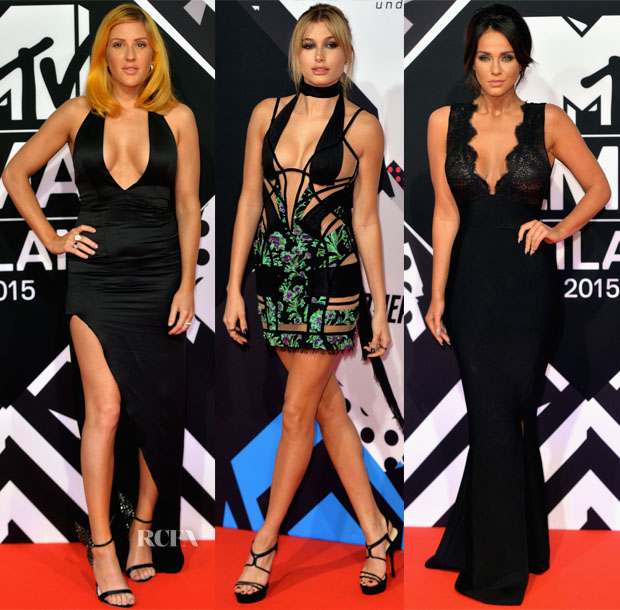 Ellie Goulding: Getting her hair ready in time for Halloween, the British singer wore a sexy black Alex Perry dress which was perhaps a size too small for her. On the plus side her Sophia Webster ‘Evangeline’ angel-wing sandals are breath-taking.

Hailey Baldwin: What MTV party wouldn’t be complete with some Versace? The model wore a flower print Atelier Versace Fall 2015 frock which left precious little to the imagination. Some might scoff, but if you’re not going to wear a dress like this to the MTV Awards when you are a model in your 20s, when and where are you going to wear it?

Vicky Pattison: If you watch ‘Geordie Shore’ or ‘Ex On the Beach’, you will know that Vicky isn’t known for her elegance, which is why I was so shocked to see her scrub up so nicely in this stunning House of CB ‘Balere’ bandage and lace gown. I had to do a double take. 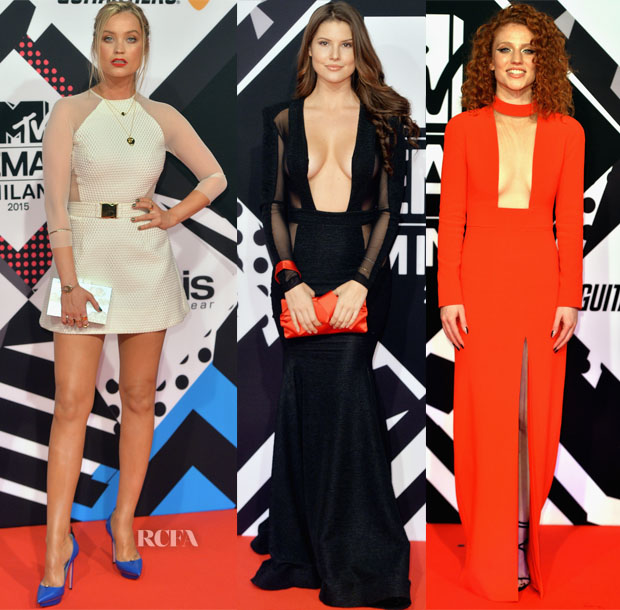 Amanda Cerny: I didn’t know who the model was before this event, but she gave everyone two reasons to pay attention to her in this Michael Costello gown.

Jess Glynne: The British singer wore a similar gown to Amanda, but even with the additional slit, it was the colour of her Tom Ford gown which did the talking. You may remember that Julianne Moore wore a similar version to the BAFTAs. 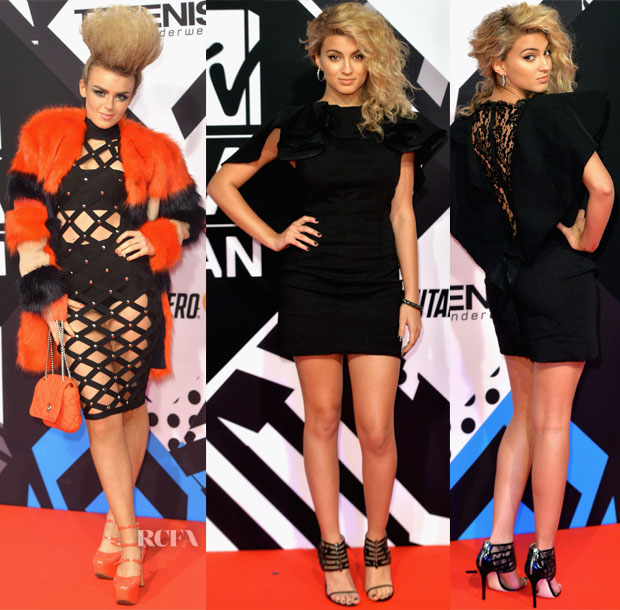 Tallia Storm: The Scottish singer must have kicked up quite a storm wearing this House of CB ‘Marikko’ lattice bandage dress. Like Hailey, a dress like this totally works for the event. I love the way she’s rocking it. This event should be all about having fun.

Tori Kelly: The musican rocked a Lanvin Spring 2016 LBD with a ruffled neckline and lace paneling at back.