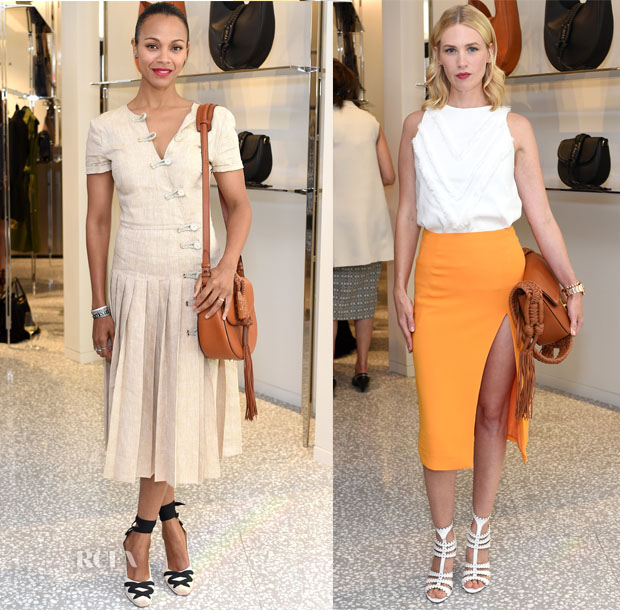 Zoe Saldana: As one of the co-hosts, the actress was chicly attired in an Altuzarra Spring 2016 dress and espadrille pumps paired with the Altuzarra ‘Ghianda Knot’ saddle bag from the Fall 2015 collection. While the slightly Asian-inspired button detailing and carwash pleats set the frock apart, it really served more as a blank canvas for the Altuzarra purse.

January Jones: The Altuzarra Fall 2016 ‘Ghianda Bullrope’ saddle bag had to more strongly compete for attention with January’s look, as her Altuzarra Resort 2016 textured white top and slashed-to-there skirt in a zesty orange hue were nothing if not attention-grabbing. The bright, juicy colour was delicious, but sometimes slits just go one smidge too high.

Selena Gomez In Elie Saab & Sybilla – Out In Paris

17 Responses to Barneys Celebrates the Launch of Altuzarra Handbags