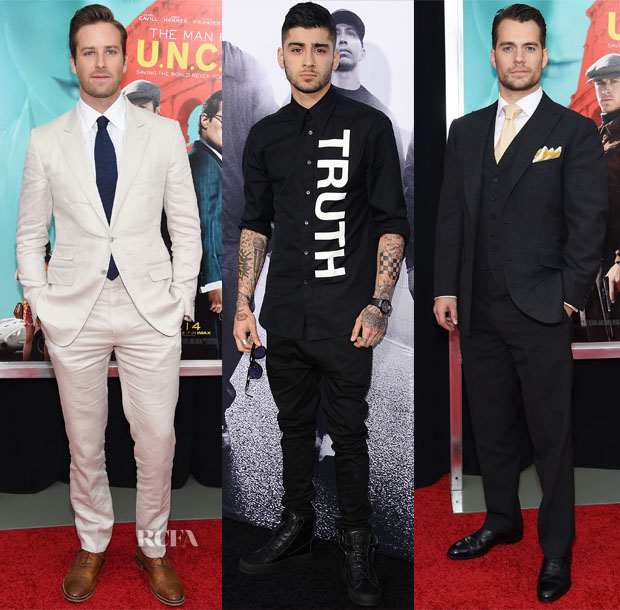 Here is a quick look at some of the fellas attending premieres last night (August 10).

Armie Hammer: The actor styled his Tom Ford beige linen suit with a contrasting navy knit tie and tan shoes to the New York premiere of ‘The Man from U.N.C.L.E.’. While I like the look, I think I would’ve liked the tie in a lighter hue.

Henry Cavill: Joining Armie on the red carpet, the British actor continued his love affair with dunhill suits. His bespoke three piece peak lapel suit was styled with shades of yellow via his patterned tie and white paisley pocket square to attempt to add some summery flare to his look.

Even with two very well-tailored suits, Zayn is by far my favourite of this trio. I’m bowled over by his swag.